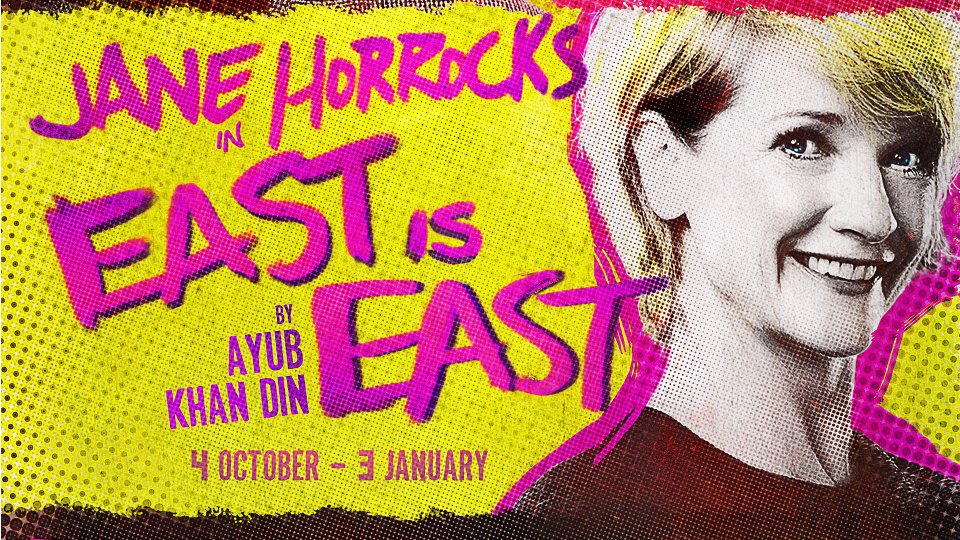 Following the announcement of Jane Horrocks’ casting in a new stage production of East Is East as part of the Trafalgar Transformed season, we’ve got our hands on an exclusive video.

In the featurette Jane answers the question ‘What is East is East?’ and explains the themes and storyline of the film. There are also contributions from director Sam Yates and Jamie Lloyd, the Artistic Director for Trafalgar Transformed.

East Is East will run from 4th October to 3rd January at Trafalgar Studios and is part of the second season of Trafalgar Transformed. Jane will star as Ella Khan in the production opposite Ayub Khan Din who wrote the play.

Pakistani chip-shop owner George Khan – “Genghis” to his kids – is determined to give his children a strict Muslim upbringing against the unforgiving backdrop of 1970s Salford. Household tension reaches breaking point as their long-suffering English mother, Ella, gets caught in the cross fire – her loyalties divided between her marriage and the free will of her children.

Tickets for the show can be purchased now from www.trafalgartransformed.com.

Check out the video below to find out more about East Is East.

In this article:East Is East, Jane Horrocks, Trafalgar Transformed