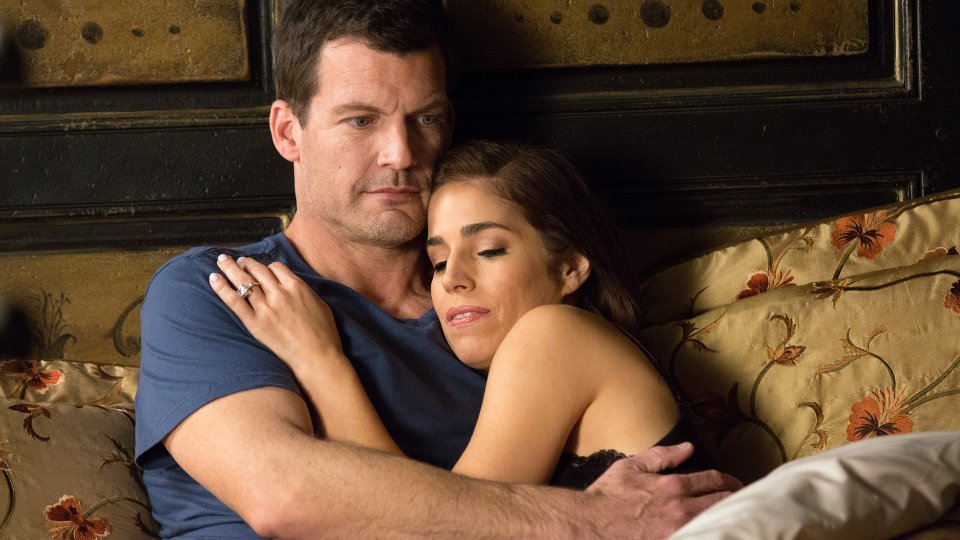 Devious Maids is back for its second season this week with more secrets and lies bound to be at the centre of it all.

The first season saw Marisol Suarez (Ana Ortiz) go undercover as a maid to try and clear her son of a murder he didn’t commit. By the end of the season she’d successful done that and found herself new friends along the way in the shape of maids Zoila (Judy Reyes), Carmen (Roselyn Sanchez), Rosie (Dania Ramirez) and Valentina (Edy Ganem).

The final episode of season one also saw Rosie being hauled away for being an illegal immigrant. Will she be able to stay in the country?

The new season opens with An Ideal Husband. Marisol gets caught up in a new romance, Zoila finds out Valentina has returned from Africa, Peri (Mariana Klaveno) tries to drive a wedge between Spence (Grant Show) and Rosie, Carmen and Alejandro (Matt Cedeno) keep up appearances and Adrian (Tom Irwin) and Evelyn (Rebecca Wisocky) hire a handsome new bodyguard.