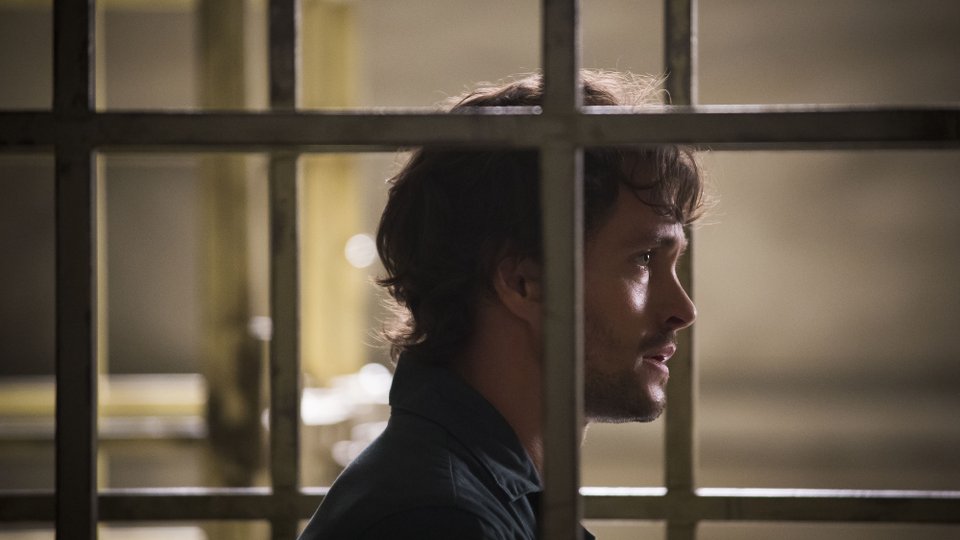 Hannibal got off to a suitably creepy and intriguing start when it’s second season began on Sky Living HD this past week.

The episode opened with Hannibal (Mads Mikkelsen) involved in a very nasty fight with Jack (Laurence Fishburne) before time went back by 12 weeks. Will (Hugh Dancy) is still in the Baltimore asylum meaning that Hannibal is now the go-to guy for the FBI when it comes to solving cases.

Alana (Caroline Dhavernas) isn’t convinced that Will is guilty of the crimes he’s been incarcerated for and she tried to help him regain his memories. In true Hannibal style they were pretty gruesome with Will remembering Hannibal forcing the ear of Abigail Hobbs down his throat.

The case that was the central focus of the episode was a disturbing one with six partially preserved bodies being found in a river. By the end of the episode the killer had struck again and we were left with an image of an interconnected group of naked bodies. Creepy!

The next episode is titled Sakizuke. Will borrows some of Hannibal’s mind tricks, while the Doc pursues the man behind the resin-coated bodies.

Tune into Sky Living HD at 10pm on Wednesday for the next episode. Preview it with our gallery below: