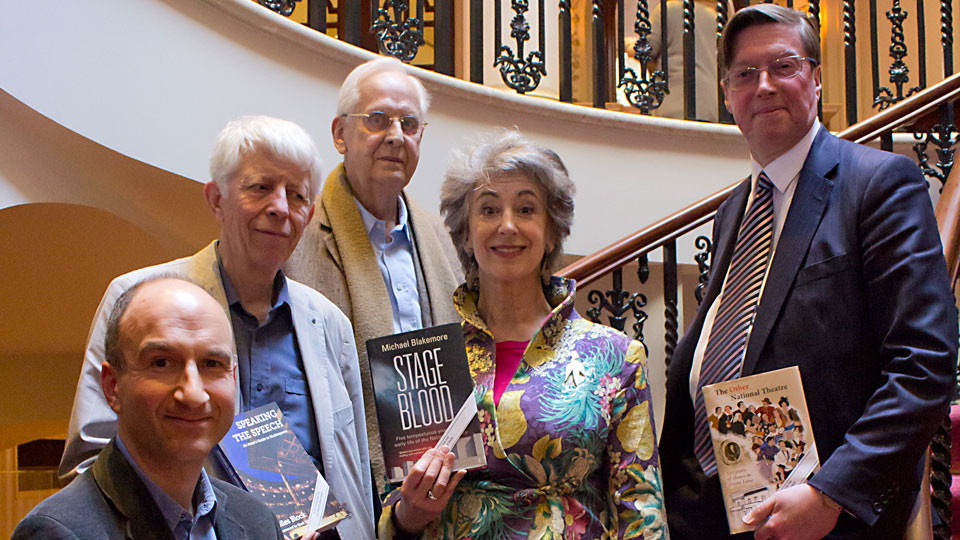 We were delighted to be invited along to the Palladium Theatre in London’s West End for the announcement of the winner of this year’s Theatre Book Prize.

The event is organised by the Society for Theatre Research. The award was created to encourage the writing and publication of books on British, or British-related theatre history and practice, both those which present the theatre of the past and those which record contemporary theatre for the future.

A few illustrious names and faces were present to see the nominations and awards. Veteran actor Timothy West made an introductory speech, whilst Maureen Lipman, seen recently as the Narrator in Rags The Musical at the Lyric, was on hand to read the nominations and give out the awards. Both made gracious and witty speeches to give the proceedings a warm atmosphere.

This year’s three judges, Kate Bassett, Charlotte Westenra and Andy Lavender; each talked about the books they had nominated, though their choices were whittled down into a shortlist, which included the following titles:

Judges Andy Lavender, Kate Bassett and Charlotte Westenra with STR chair Howard Loxton; with winner Daniel Rosenthal and his book in the foreground.

Maureen Lipman returned to stage to announce the winner: The National Theatre Story by Daniel Rosenthal. Daniel was on hand to collect his certificate, and his work, which was present in the theatre foyer, is an immense tome of over eight hundred pages. It recounts the first fifty years of the National Theatre, from its formation in 1963 under Laurence Olivier, and looks to be a must for any theatre lover. In a gracious speech, Rosenthal paid homage to fellow nominee Michael Blakemore, whose book Stage Blood he heartily recommended. The attending shortlisted authors are pictured below with Maureen Lipman.

Find out more about the Society for Theatre Research and how to become a member on their website.