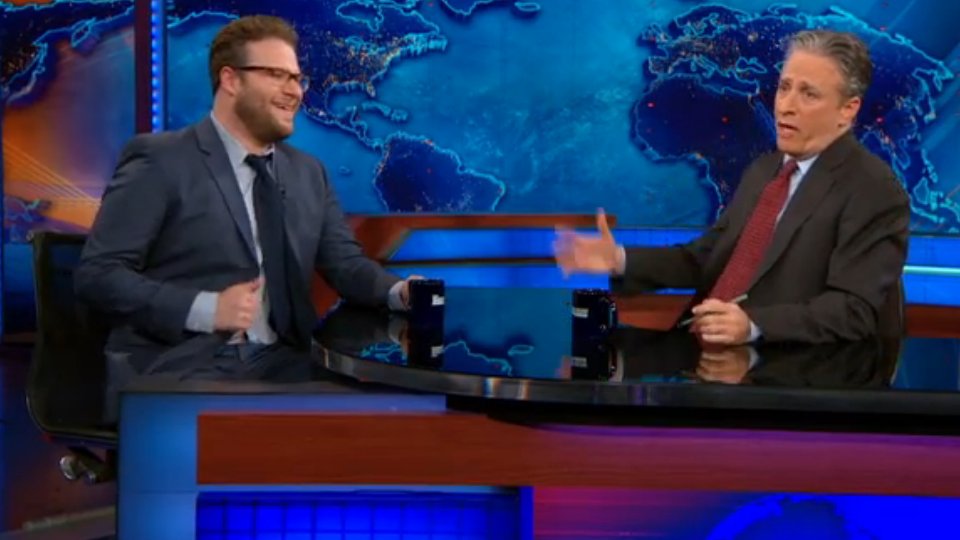 Seth Rogen doesn’t hold back when it comes to his thoughts on Justin Bieber during an interview on The Daily Show with Jon Stewart.

The actor criticises the popstar for his behaviour and calls him an asshole during the interview. Rogen has been in ‘battle’ with Bieber for some time now with the two clashing frequently.

Speaking to Jon Stewart, Rogen reveals that Bieber has previously been obnoxious to him in past meetings before going on to joke about what he’d tell his dog about the singer. Suffice to say it’s pretty clear that Rogen is no Belieber.

The Daily Show airs on Comedy Central Extra tonight at midnight. Watch the clip below:

In this article:Justin Bieber, Seth Rogen, The Daily Show