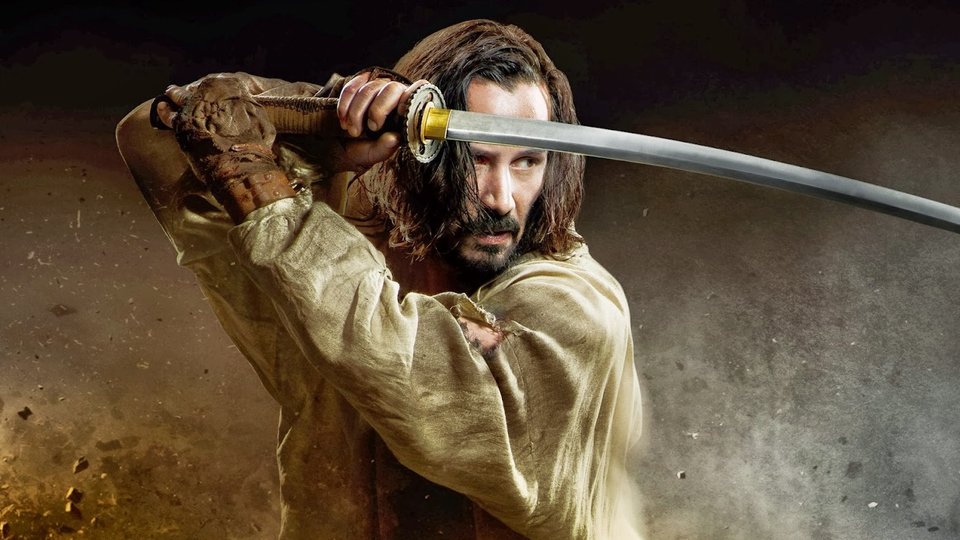 With the underhand machinations of their rival Lord Kira (Tadanobu Asano) blamed for the death of their master, a group of abandoned Ronin recruit a British-born outcast known as Kai (Keanu Reeves) to help plan their revenge. Vastly outnumbered, but inspired by the teachings of Kuranosuke Osihi (Hiroyuki Sanada), Kain and the Ronin engage in a battle to the death with forces under the command of Kira’s loyal subordinate Mizuki (Rinko Kikuchi). Revenge can only have one winner.

Keanu Reeves has struggled to regain that Hollywood light that shone so bright above him during The Matrix films. Every couple of years he arrives with a big film that has hopes of re-igniting his A-list credentials. 47 Ronin came with those hopes and dreams, as Keanu and an all-Asian cast attempted to put onscreen the legendary story of the samurai gang.

Action really should be the name of the game here, but sadly everything that should make up this film is lacking. The sword play is as generic as we have seen for many a year, on top of that there is the demon fighting which actually only happens a couple of times and seems completely wasted. It’s built up so much that when we finally did see some magic it was like watching an end-of-the-pier magician rather than a master of the arts.

With the occasional dose of action we hoped it would pick up the pace of the film, but it never does and continues to saunter along at walking pace without any sense of urgency or emotion. The bad guys don’t help the film either as they are as dull as dishwater and never come across as ruthless in anyway. They threaten and threaten but we never see them let loose and go full tilted into blood-thirstiness.

Reeves looks as stilted and wooden as he has done in most movies that require a serious degree of acting. His quiet talking seems to lose all impetus of the story as we strained our ears to try and understand what he was saying (turning the volume up didn’t help). The rest of the cast offer very little outside of what the emotion of the scene should bring.

But in fact, most of this blame shouldn’t be laid at the feet of the actors. How can they get to the root of their character with a script that has nothing underneath the surface? Basically what you see is what you get. There are huge swathes of scenes where there is much dialogue but very little comes out of it all. All of the cast have cliché written above them as the go through the typical motions that we have seen in endless samurai films made by western studios.

47 Ronin suffers from a complete identity crisis; it doesn’t know what it should be. The action scenes are as average as can be, and most of the film is spent listening to the characters talk about the story in great depth without anything coming of it. It’s not the worst film of the year, it’s just infinitely dull.

Advertisement. Scroll to continue reading.
In this article:47 Ronin