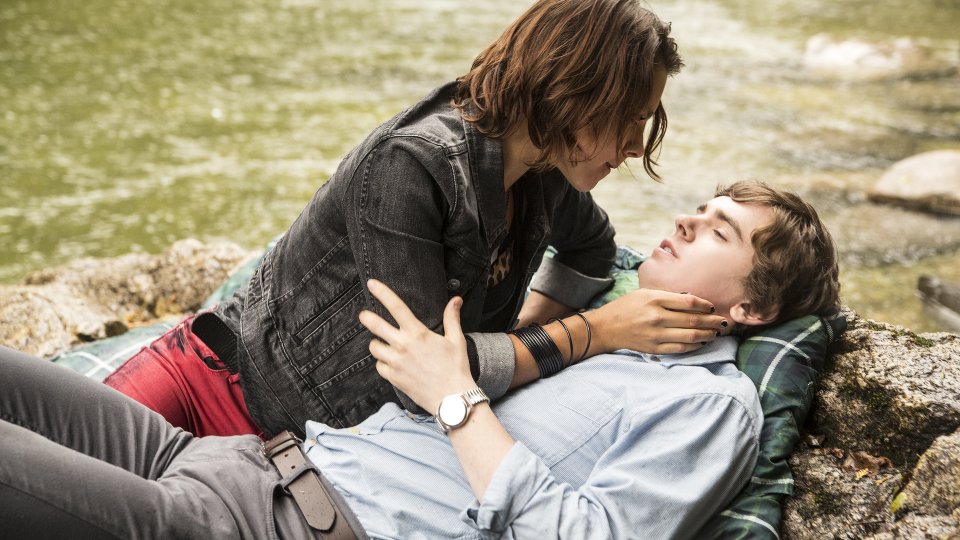 We’ve past the half-way point of the second season of Bates Motel now and things are ramping up.

In the latest episode Norman (Freddie Highmore) defied Norma (Vera Farmiga) by starting a relationship with troubled Cody (Paloma Kwiatkowski) and confiding in her about family secrets including his blackout episodes. Norma meanwhile realised that her new friend Nick Ford (Michael O’Neill) might not be quite the angel she thought he was.

Elsewhere Dylan (Max Thieriot) got deeper into the drug war and found himself hospitalised where he met his new boss Jodi Wilson (Kathleen Robertson), Emma (Olivia Cooke) prepared herself to lose her virginity and Sheriff Romero (Nestor Carbonell) checked into the Bates Motel after his house was torched.

The next episode of the show is title Plunge. Norman and Norma’s relationship is put in jeopardy by a growing secret, while Emma lands in a dangerous situation.

Tune into Universal Channel at 9pm on Wednesday to see the episode. Preview it with our gallery below: