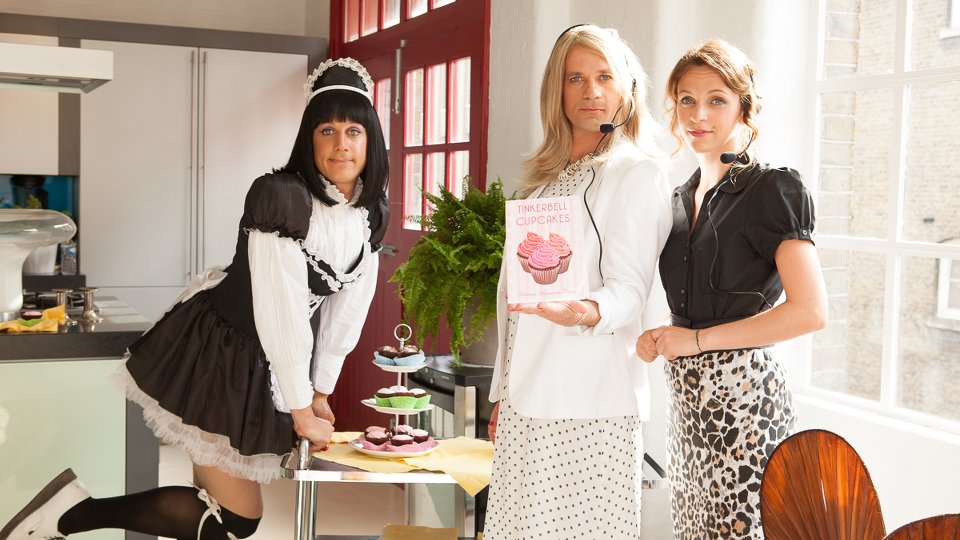 Cardinal Burns is transferring from E4 to Channel 4 for its upcoming second series which begins on 30th April.

The award-winning series will return for 6 new episodes which promise to be bigger, better and more anarchic than ever. Seb Cardinal and Dustin Demri-Burns will transform into a variety of characters in a selection of hilarious situations such as minicab drivers as action heroes and postmen as Crystal Maze contestants.

New characters for the second series including Turkish minicab drivers Hashtag and Bukake, 80s rapper Curtis and music festival stewards Bert and Moon. Favourite characters such as Banksy, the office flirts and characters from fictional reality TV parody Young Dreams will all return.

Phil Clarke, Head of Comedy for Channel 4 said: “I’m delighted to see Cardinal Burns transfer from E4 onto C4, not least because the show has already won a host of awards and award nominations including wins at The British Comedy Awards, The Broadcast Awards and LAFTA as well as a BAFTA nomination. The move to Ch 4 illustrates our commitment to develop talent, and reflects one of our key objectives; to continue to push the boat out with unique and original comedy.”

In this article:Cardinal Burns, Channel 4