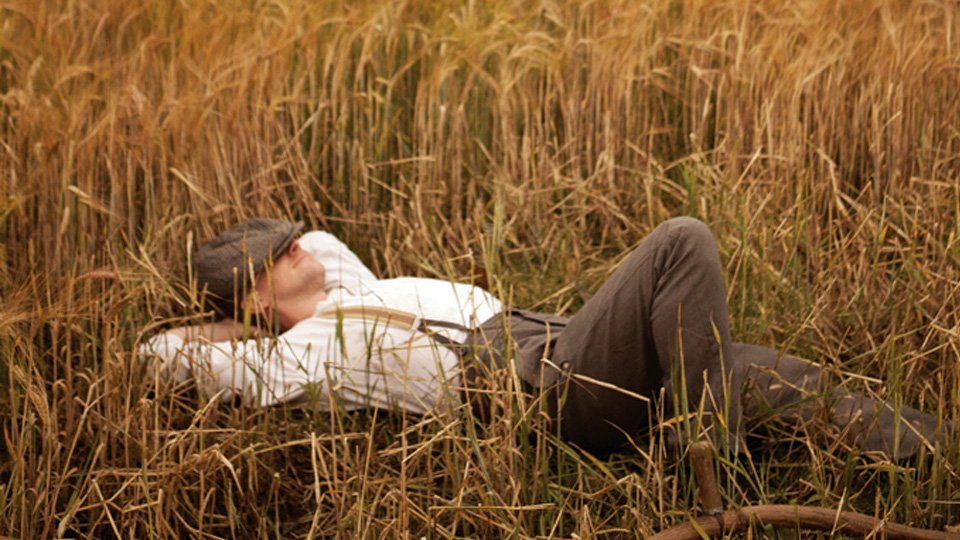 Northern Broadsides in partnership with the New Vic Theatre bring An August Bank Holiday Lark to West Yorkshire Playhouse this month. Set during the outbreak of World War I, the play examines the effect of distant conflict on a small Lancashire community.

New writing comes from the pen of Deborah McAndrew. Written with a rich Northern voice and warm sardonic wit, McAndrew successfully recreates an ensemble of early 20th century Lancastrian characters recognisable through universal identifiers; there is the family man, the ambitious poet, a reckless adventurer, a pushy single mill girl and a waiflike spinster. Naturally there is also the secret love affair which is interrupted by war. The community is centred on the Squire, a widower who fills his time tending his garden and co-ordinating Morris Men. John Farrar is a petty tyrant with petty concerns, all of which become subverted by tragedy on a global scale.

Barrie Rutter’s direction is confident and colourful, with movements blocked as intricately as the dancing interludes. Act I has a strong sense of optimistic urgency whilst Act II becomes agreeably sombre, tighter and isolated as the community is fractured into personal grief. Rutter’s achievements are particularly impressive in lieu of the fact he plays the leading role in the show. The incorporation of Morris Dancing into the drama is seamlessly achieved, with routines of rehearsal and performance segueing into the drama, giving a sense of metaplay to the piece. There are wonderful flags of detail peppered throughout the play, such as an early appearance of Parkhurst’s white feather,  which comes into dramatic effect in the closing scenes. A further stylistic decision, such as the assisted costume change of a leading character after a major injury, is inspired and leaves an indelible image.

Conrad Nelson’s choreography of the Morris Dancing is expertly achieved, with folk-inspired music that underscores and sympathetically brackets the drama with evocations of the period. Technical flourishes such as the live assembly of a Rushcart, standing some three meters tall, is both impressive and emotionally stirring. The set, which is lightly dressed and subtly lit with a warm candle-light glow, provides a wholly immersive atmosphere.

There are very good performances here, even if some of the Lancashire dialects are somewhat overegged and relentlessly upbeat – the latter no doubt serving a contrast to the darker happenings of the second act. The show is commanded, both on stage and off, by Barrie Rutter’s Squire; he provides a bullish seniority to a cast of mostly young actors, imbruing the power of a community leader. Often hilarious and occasionally frightening, Rutter’s performance is a masterclass in character texture; his eventual transformation into a man broken by grief is beautiful to watch. Other particular standouts include Lauryn Redding as mill girl Susie and Jack Quarton as Edward, though the entire ensemble are excellent.

A thoughtful and well-executed piece of new theatre at a prescient anniversary, An August Bank Holiday Lark is both skilfully produced and engagingly performed. Experiencing wartime from home territory, it serves as a lesson in appreciation; recognising the times when bickering about the mundane is a true measure of peace and contentedness.