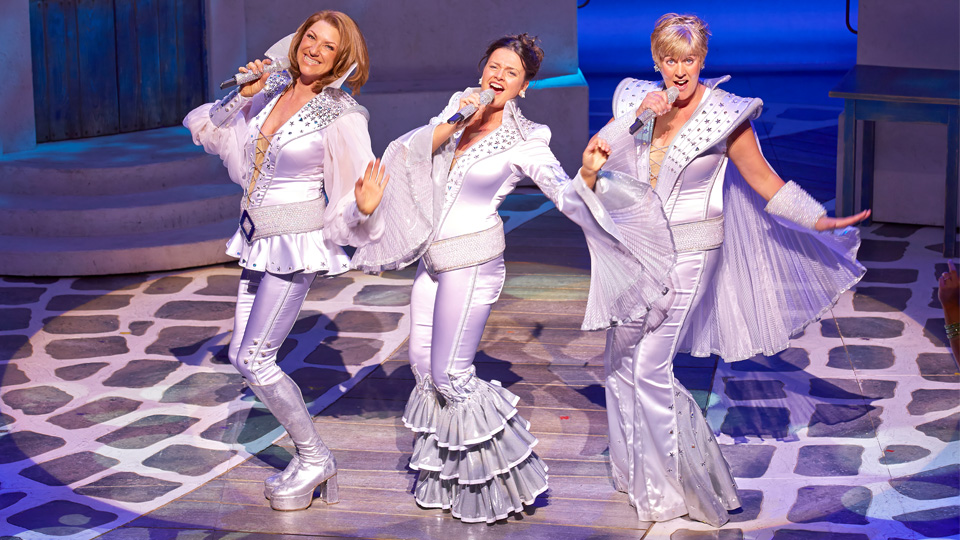 On Sunday 6 April, the global smash hit musical Mamma Mia! will celebrate its 15th birthday in London.  Benny Andersson and Björn Ulvaeus, who have rarely performed together since ABBA disbanded in 1982, will join the cast of Mamma Mia! in a musical finale at this year’s Olivier Awards as part of the birthday celebrations.  This historic performance will be televised for the ITV highlights show, which will be broadcast at 22:15 on Sunday 13 April.

Mamma Mia! is Judy Craymer’s ingenious vision of staging the story-telling magic of ABBA’s timeless songs with an enchanting tale of family and friendship unfolding on a Greek island paradise. To date, it has been seen by more than 54 million people in 39 productions in 14 different languages grossing more than $2 billion at the box office.

Produced by Judy Craymer, Mamma Mia! The Movie, starring Meryl Streep and Pierce Brosnan, is the highest grossing live action musical film of all time. Global producer Judy Craymer said, “I can’t think of a better way to celebrate Mamma Mia!’s 15th birthday than by having Benny and Björn join the West End company at the Olivier Awards.  It’s a fabulous way to celebrate not only London, but the productions around the world, as well as marking the 40th Anniversary of the start of ABBA’s global success with the release of ‘Waterloo’.”

Mamma Mia! originally opened in London at the Prince Edward Theatre on 6 April 1999, before transferring to the Prince of Wales Theatre in 2004.  The musical re-opened at the Novello Theatre in 2012 and celebrated its third London home with a Gala in aid of BBC Children In Need.

The London cast of Mamma Mia! at the Novello Theatre is led by Dianne Pilkington as Donna Sheridan, with Kim Ismay as Tanya, Jane Milligan as Rosie, Richard Trinder as Sam Carmichael, Neil Roberts as Harry Bright, James Gaddas as Bill Austin, Emma Crossley as Sophie Sheridan, Oliver Tilney as Sky, Jessica Daley as Ali, Stephanie Clift as Lisa, Dickie Wood as Pepper and Dan Krikler as Eddie.  At certain performances, the role of Donna Sheridan will be played by Claire Poyzer.