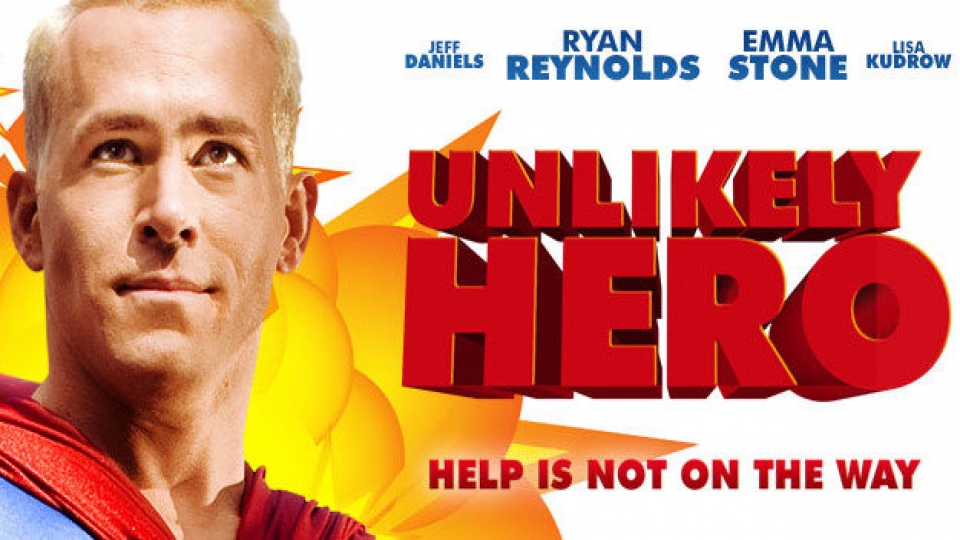 A coming-of-middle-age comedy that chronicles the unlikely friendship between failed author Richard Dunne and a Long Island teen who teaches him a thing or two about growing up, all under the disapproving eye of his long-suffering wife and his imaginary Superhero friend.

Jeff Daniels, Emma Stone, Ryan Reynolds, and Lisa Kudrow headline co-writer/directors Michele and Kieran Mulroney’s affectionate comedy drama detailing the unlikely friendship between a failed writer (Daniels) and the Long Island high school girl (Stone) who teaches him what it really means to take responsibility in life. Meanwhile, the author’s long-suffering wife casts a disapproving gaze, and an imaginary superhero weighs in with his own take on the unusual bond.

To celebrate the release, we are giving away 3 copies of the film on DVD. To be in with a chance of winning, just answer the question below.

Advertisement. Scroll to continue reading.
In this article:Competition, Unlikely Hero