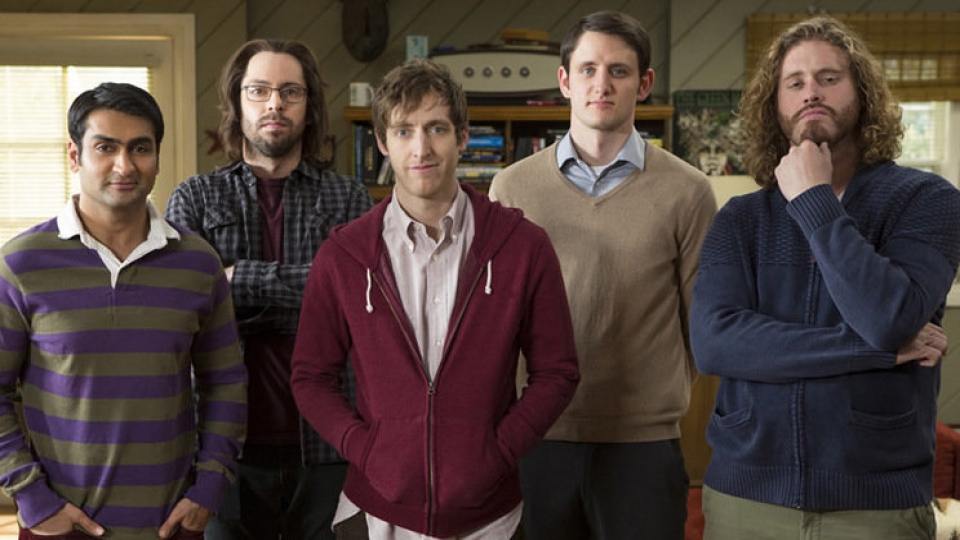 Brand new HBO series Silicon Valley will air exclusively on Sky Atlantic this summer. Created by Mike Judge (who has masterminded Beavis & Butthead, King of the Hill and the classic movie Office Space), the eight part comedy is set in the high-tech rush of the modern Silicon Valley, where the people most qualified to succeed are the least capable of handling success.

Silicon Valley is inspired by Judge’s own experiences as a Silicon Valley engineer in the late 1980’s. The series, an Entourage for Geeks is a collaboration between Judge and Alec Berg (Seinfeld, HBO’s Curb Your Enthusiasm) and takes a comic look at the modern-day epicenter of the high-tech gold rush. Richard (Thomas Middleditch, The Office) is an introverted computer programmer living in the Hacker Hostel start-up incubator along with his best friends, Big Head (Josh Brener, The Big Bang Theory), pompous Gilfoyle (Martin Starr, Knocked up) and dry-witted Dinesh (Kumail Nanjiani).

These social misfits live under the watch of Erlich (T.J. Miller), a self-satisfied dotcom millionaire who lets them stay in his house for free – as long as he gets a ten percent stake in their projects. After a failed pitch to a billionaire venture capitalist, Richard seems destined to remain at his job at the tech company forever. However, when the head of operations realises the value of the site’s compression algorithm, a bidding war erupts leaving Richard caught in the middle.

Silicon Valley will air exclusively on Sky Atlantic HD this summer. Sky Atlantic HD is also available to all Sky TV customers and through Now TV with the Now TV Entertainment Month Pass.