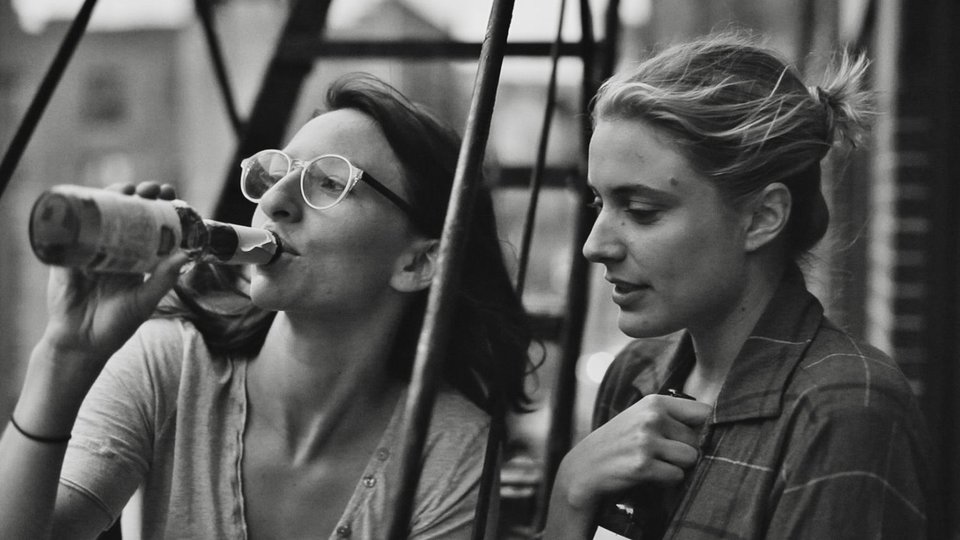 Frances (Greta Gerwig – Greenberg) and Sophie (Mickey Sumner – Girl Most Likely) have been best friends forever. They share everything, live together and are as close as sisters. But when Sophie decides to move out of their apartment, it becomes clear that some people are more ready to move onto the next stage of their lives than others. With a career in dance that just hasn’t taken off and being constantly luckless in love, Frances decides to get to grips with a life that hasn’t quite worked out as she planned.

Frances Ha (you’ll get why it’s called this in the last shot of the film) tells a peculiar and at times very funny story about a woman suffering from a direction-less period in her life. Throw in a friendship that’s slowly dwindling away and a love-life that’s stagnated and you have a gloriously hapless tale of modern living in New York.

In lots of ways, Frances Ha perfectly nails the concept of young adults who, for whatever reason, find that their lives haven’t quite panned out as expected. It’s also very astute in its study of friendship and how we reach a certain period in our lives when everyone around us has their life in order except us.

Stylistically, Frances Ha has obviously been influenced in a big way by Woody Allen. The fact that it’s shot in black and white will either appeal to the indie fans amongst you or scream of pretentiousness. It’s a fine line and there are more than a few times when pretentious thoughts creep into your mind during the movie, especially during conversations between Frances and Sophie. Sometimes the film feels like it’s trying to be too painfully hip for its own good. Thankfully, it pulls off the task of being more amiable than annoying once all is said and done.

The gorgeously-kooky charm of Greta Gerwig is used very well in the movie. It’s safe to say it’s a success thanks to Gerwig’s relatable charisma and goofy awkwardness. Throw in a decent and truthful level of mediocrity (her aspirations and skills as a dancer are brilliantly observed from both perspectives) and you have life as we know and live it every single day, not just a glossy Hollywood version of it.

The dinner party scene is a particular highlight as Frances struggles to bridge an obvious gap in maturity with her fellow guests. This leads to a impulsive trip to Paris that has disaster written all over it. Another gem is when Frances decides to treat her friend to dinner but has to leave midway through the meal to find an ATM. These are Frances Ha’s funniest and most identifiable moments.

Frances Ha is a clever and enjoyable comedy with lots going for it. There are frustrating elements to the story and you’ll want to slap these characters every so often but ultimately, it’s an engaging slice of American Indie cinema with plenty to enjoy. Fans of Lena Durham and her TV series ‘Girls’ will certainly relate to all of this too.