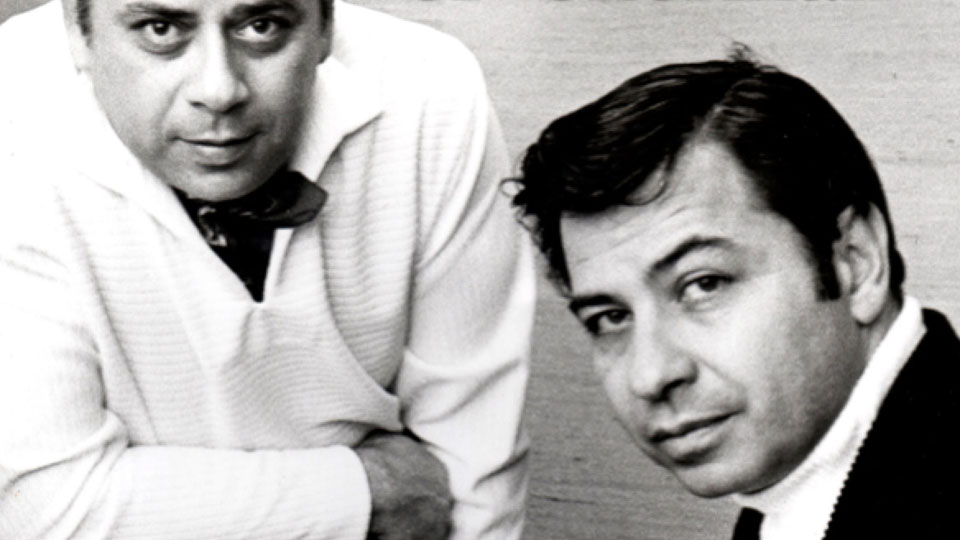 Robert J. Sherman heads the cast of A Spoonful of Sherman – a celebration of the life, times and songs of
Robert B. Sherman. The performances are at the St James Studio Theatre on 6th and 13th January at 8pm.

Robert and Richard Sherman are the most successful songwriting partnership in the history of Hollywood, composing more movie musical songs and acclaimed film scores than any other writing team. From the Oscar-winning Chim Chim Cher-ee to Supercalifragilisticexpialidocious and Feed the Birds in Mary Poppins to the unforgettable Chitty Chitty Bang Bang, which earned them a third Oscar nomination, their songs have entertained the world for more than 60 years.

Now their prolific output will be celebrated in the cabaret event A Spoonful of Sherman at St James Theatre on January 6 and 13. Robert’s son Robbie, himself a writer of musicals, will be performing alongside several top West End singers, including Charlotte Wakefield (The Sound of Music, Regent’s Park) Emma Williams (the original West End Truly Scrumptious in Chitty Chitty Bang Bang) and Stuart Matthew Price (Parade, Donmar Warehouse). Songs featured will actually span 90 incredible years of Sherman family history by including music from the Sherman Brothers’ father, Tin Pan Alley songwriter Al Sherman.

These performances mark the launch of Robert B. Sherman’s autobiographical book, Moose: Chapters From My Life.

Tickets can be booked through the St James Theatre website.