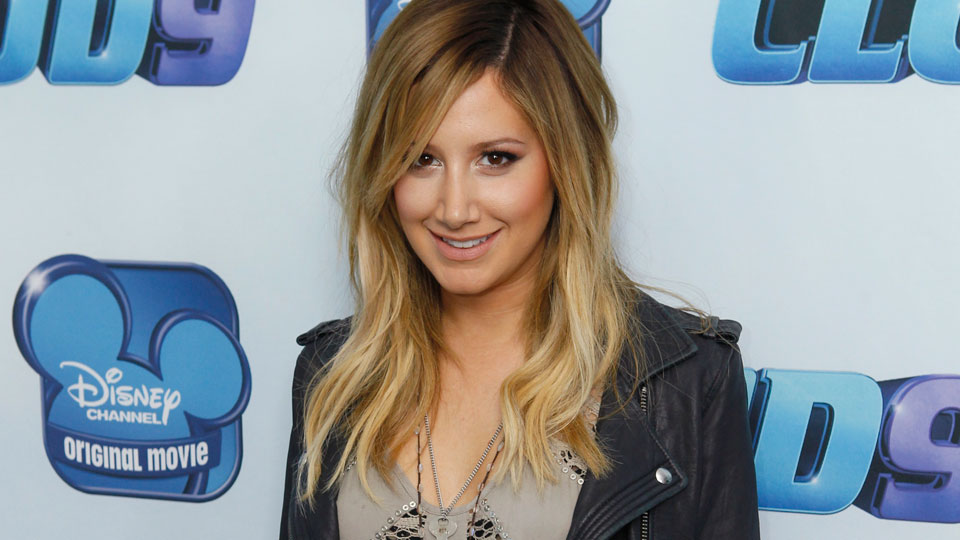 Executively produced by Ashley, Cloud 9 stars Luke Benward and newcomer Dove Cameron. The movie is set to premiere on the Disney Channel UK in 2014.

The story of Cloud 9 follows two unlikely friends, Kayla Morgan, a prima donna snowboarder who was just dropped from her competition team, and Will Cloud, a former snowboarding champion who is struggling after a career-ending wipeout. The two meet when Kayla is forced to work at the local dog grooming shop owned by Will’s mother. Determined to become a better boarder, Kayla finds an unexpected mentor in Will, who she realizes can help take her to the next level. So in exchange for help fixing up the dog grooming shop, Will reluctantly accepts Kayla’s pleas to train her and introduces her to a regimen that tests her true commitment to the sport. As the two grow closer, Kayla’s efforts convince Will that he, too, has the power to regain his championship status and that nothing is impossible.

Ashley has a long history with Disney most famously starring in the High School Musical trilogy alongsie Zac Efron and Vanessa Hudgens.

Check out some pictures from the premiere below:

Pip Ellwood-Hughes
Pip is the Editor of Entertainment Focus and the Managing Director of agency Piñata Media.
Previous article
The Way, Way Back DVD review
Next article
Cloudy With a Chance of Meatballs 2 for Feb