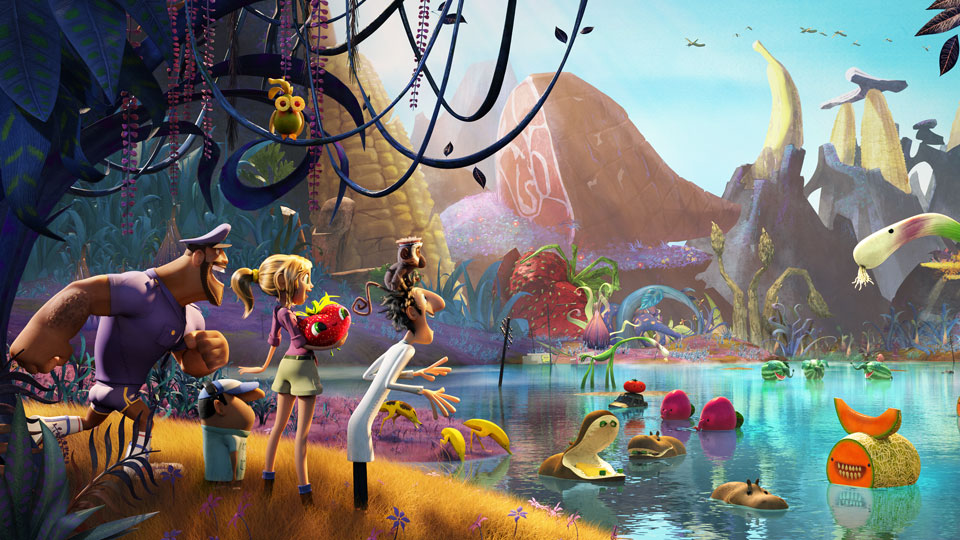 Cloudy With a Chance of Meatballs 2 is being released on Blu-ray, Blu-ray 3D, DVD with UltraViolet and Digital Download on 17th February 2014.

The animated sequel sees the return of Flint Lockwood (Bill Hader) and the Swallow Falls gang. The synopsis for the movie is:

Inventor Flint Lockwood thought he saved the world when he destroyed his most infamous invention – a machine that turned water into food, causing cheeseburger rain and spaghetti tornadoes. However, he soon learns that his invention survived and is now creating food-animals, or “foodimals!” Now, Flint and his friends must embark on a dangerously delicious mission to battle hungry tacodiles, shrimpanzees, hippotatomuses, cheespiders and other foodimals to save the world – again!

The Blu-rays and DVD are stuffed with filmmaker commentary, and seven behind-the-scenes featurettes, including candid interviews with the animators and voice talent, a look at the stunning end credits and all-new, making-of-the-music video from fan-favorite Cody Simpson.

In this article:Cloudy With a Chance of Meatballs 2