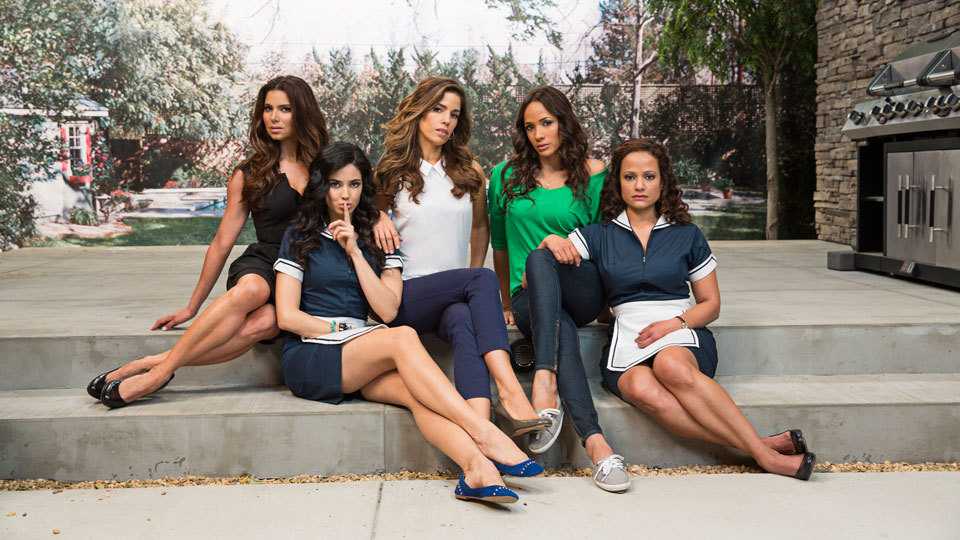 The first season of Devious Maids is drawing to a close this festive season on TLC in the UK.

The hit show from Desperate Housewives creator Marc Cherry, which is produced by Eva Longoria, has had audiences hooked since it debuted earlier this year. The 13-part first season tells the story of Marisol (Ana Ortiz) a woman whose son is imprisoned for the murder of young maid Flora. Determined to prove his innocence Marisol goes undercover as a maid and infiltrates the deceased maid’s group of friends.

At 10pm on Christmas Day the penultimate episode of the season will air and New Year’s Day will see the show’s first season finale air at 10pm bringing the mystery of Flora’s death to a close and we’re sure leaving things hanging wide open for the show’s second season which is due to air on TLC in spring 2014.

Advertisement. Scroll to continue reading.
In this article:Devious Maids, TLC