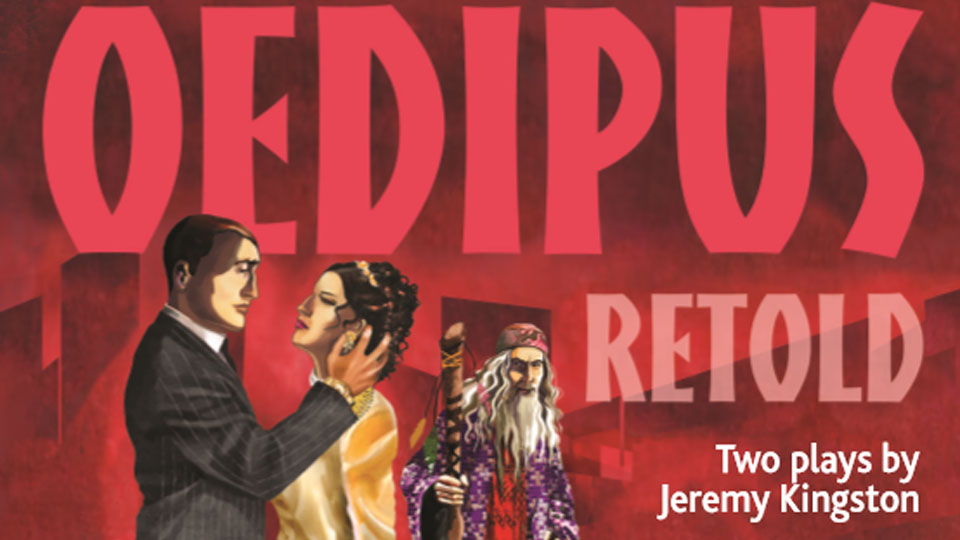 Oedipus Retold, directed by Robert Gillespie and written by Jeremy Kingston, is set to arrive at the Tristan Bates Theatre near Covent Garden next month. It runs from 14th January – 8th February 2014.

The show is from Jane Nightwork Productions, the same team who brought the critically-acclaimed Making Dickie Happy to the same venue earlier in 2013.

Oedipus Retold comprises two short plays by Kingston based on the well-known works of Sophocles. The plays examine to what extent we are powerless against the inevitable forces of Fate. It will be the first time Kingston’s version of Oedipus the King has been performed, whilst his Oedipus at the Crossroads will be revived alongside it.

If Oedipus had met his father and instead of killing him had struck up a conversation? How would the story have developed? And how on earth was he persuaded to kill his father and marry his mother within a few days?

Now performed for the first time in the West End, Kingston’s interpretation of the original text and his retelling of the story in his own words are different, witty and thought provoking. The cast includes Jack Klaff and Clare Cameron.

Tickets are available from the Tristan Bates Theatre website and from the box office on 020 7240 6283.