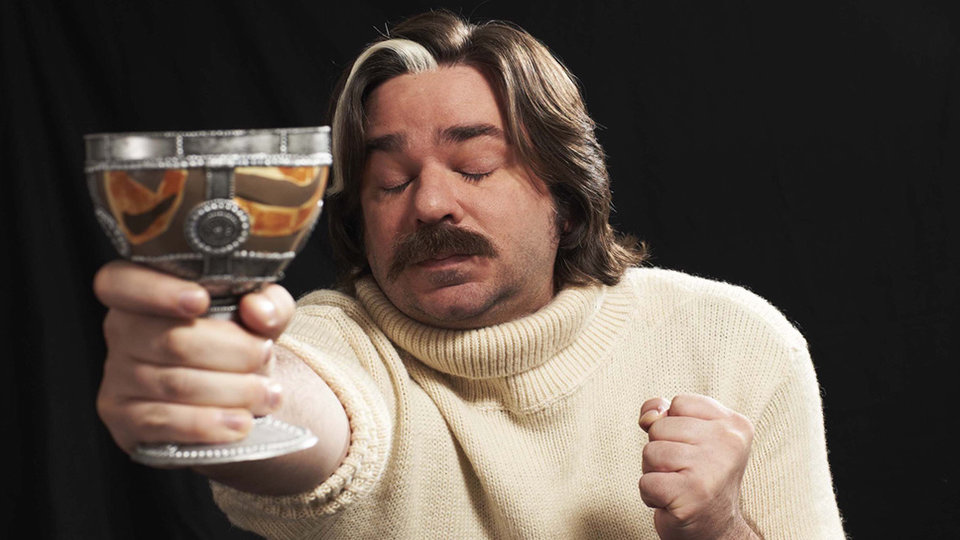 With the critically acclaimed pilot episode described as ‘flat out the funniest half hour of TV’ (Heat Magazine), Toast of London is a must-see for all comedy fans. Featuring a stellar cast including Matt Berry, Doon Mackichan, Harry Peacock and Robert Bathurst, the full season is released on DVD on 25th November.

Matt Berry (The IT Crowd) is Steven Toast, an actor whose career consists of mostly voiceovers and appearing in what is widely considered as the worst ever West End play. Now, avoiding attacks from angered theatre goers and awaiting a divorce, Toast is staying with a fellow actor Ed Howzer-Black (Robert Bathurst, Downton Abbey) and trying to get his career back on track. The pilot episode sees Toast auditioning for the series ‘Inspector Somerset’. However, the director has been recently imprisoned for racial chanting, so Toast has to audition for the role of a corrupt detective during visitor’s time, in prison.

Toast of London is written by Matt Berry and Arthur Mathews (Father Ted, The Catherine Tate Show). The DVD release will include all six episodes of the season, plus exclusive special features. The perfect, hilarious antidote to the winter blues, get your copy of Toast of London on DVD now!

Advertisement. Scroll to continue reading.
In this article:Competition, Matt Berry, Toast Of London