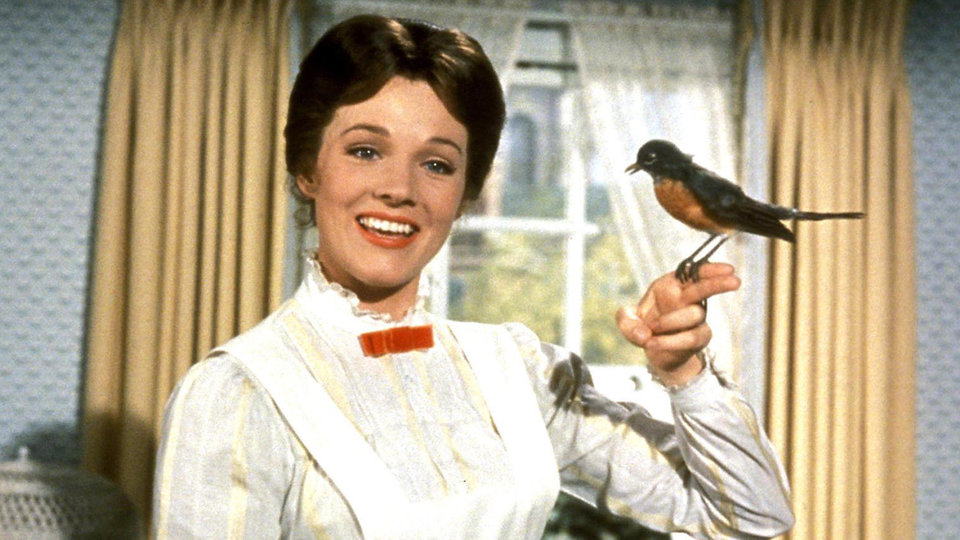 In addition to the classic bonus already available, the Mary Poppins 50th Anniversary Edition Blu-ray includes two brand new special features. Young and old can sing along to the Sherman Brothers’ unforgettable songs including A spoonful of Sugar, Supercalifragilisticexpialidocious, Step in Time and the Oscar® winning, Chim Chim Cher-ee with the new Mary Oke Karoake bonus feature. Also included is a special documentary, Becoming Mr Sherman, which gives audiences a unique insight into a meeting between the legendary songwriter Richard Sherman and actor Jason Schwartzman, as he prepares to play him in the new film Saving Mr Banks.

Winner of five Academy Awards®, including Best Actress (Julie Andrews), Best Song (“Chim Chim Cher-ee”) and Best Visual Effects, Mary Poppins is a movie experience your family will enjoy over and over again.

“Practically Perfect In Every Way” Mary Poppins flies out of the windy London skies and into the home of two mischievous children. With the help of a carefree chimney sweep named Bert (Dick Van Dyke), the spirited nanny turns every chore into a game and every day into a “Jolly Holiday.” Share the music, share the magic, share the joy of Mary Poppins with a whole new generation for the first time on Disney Blu-ray™.

Jason Palmerhttp://www.entertainment-focus.com
Jason is a film contributor for Entertainment Focus (EF) bringing you the latest news and reviews from the movie world.
Previous article
Win Toast Of London – Series 1 on DVD
Next article
Win Planes on Blu-ray