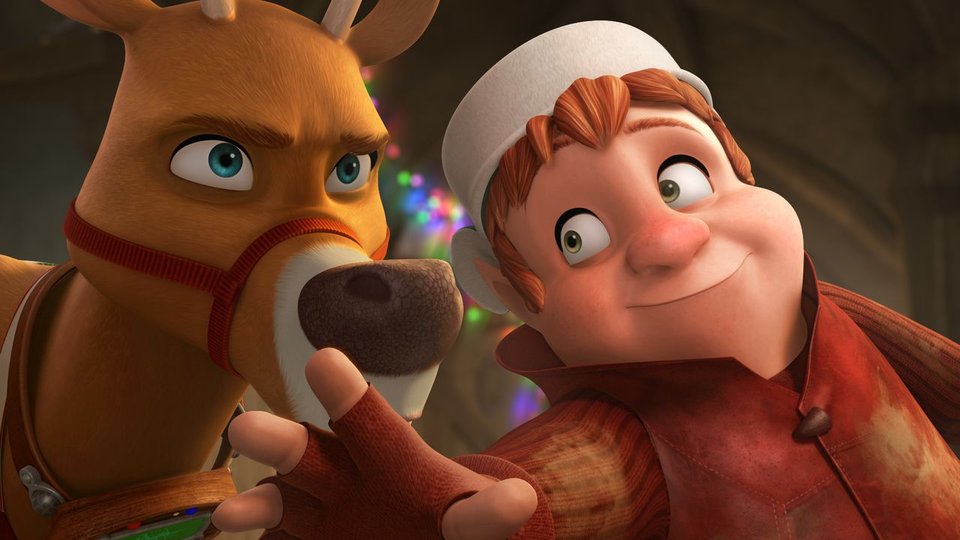 Kaleidoscope Entertainment is pleased to announce the theatrical release of Saving Santa 3D on 29 November 2013, also screening in 2D in some theatrical venues. The DVD and digital releases will follow on 1 and 6 December 2013 respectively.

Once upon a time, Santa operated with just a small workshop and a few elves. But, as Christmas has grown
ever bigger, Santa has been forced to innovate!

Now his cleverest elves develop amazing technology, including a hologram to hide the North Pole and a time machine to allow Santa to deliver presents to every home in the world, in just the one night.

Bernard is an elf who dreams of creating such inventions, but his job is to clean the reindeer stables! Yet when he creates an amazing Christmas memory machine, his luck might be changing. But Bernard’s invention is broken by a curious elf, causing the North Pole’s power to fail and the hologram hiding it to disappear. Now exposed to the outside world, it is spotted by Santa’s enemy, Nevill Baddington, who is determined to steal Santa’s secrets for himself. The only person who can stop them is Bernard…