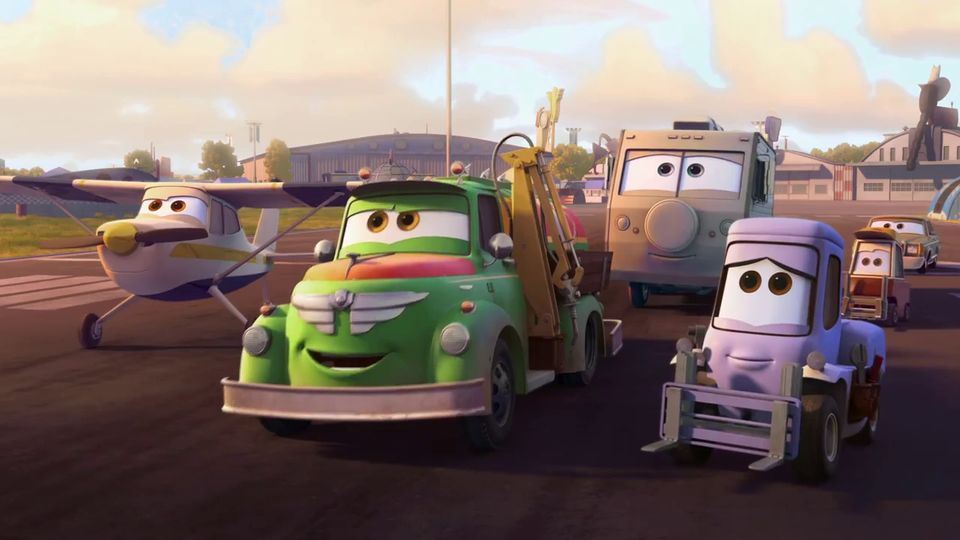 After spreading its wings in cinemas, Planes soars to glorious new heights on Blu-ray, featuring wondrous high definition picture and sound and never-before-seen bonus features. These include deleted scenes, a behind-the-scenes featurette that follows Director Klay Hall’s personal journey during the making of the film and a special a new short animation ‘Croissant de triomphe’ starring Mickey Mouse.

Director Klay Hall takes audiences on a sky high adventure about dreams taking flight in Planes. The film is propelled by a star-studded voice cast that includes Dane Cook as Dusty, John Cleese is the Bulldog, Teri Hatcher as say-it-like-it-is mechanic Dottie. Val Kilmer as Bravo and Anthony Edwards as Echo rediscover their inner aviator.

From above the world of ‘Cars’ in a comedy packed with action adventure, a small town dreamer longs to enter the notoriously gruelling Wings Around The Globe air race. Dusty has one not-so-small problem, a crippling fear of heights. His mentor, a war bird named Skipper, believes Dusty has too much engine to be a farm boy, and encourages him to get in the game. Supported by friends old and new Dusty finally flies out of his comfort zone to take on the biggest challenge of his life.