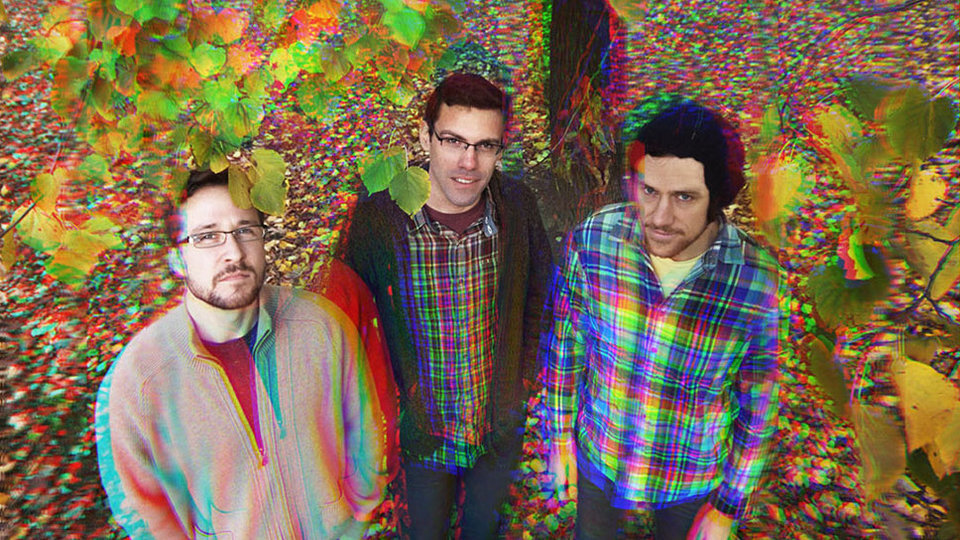 Pick A Piper is the doing of Canadian musician and producer Brad Weber, who is also Caribou’s percussionist. The band was born back in 2008 when friends, Angus Fraser and Dan Roberts, joined Weber. Two EPs followed and the band is now releasing their debut album, which is self-titled.

First up is Lucid In Fjords, which as soon as we hear it explains most of the band’s artwork. The track is quite psychedelic and hypnotic with a fair few good elements about it. The production is slick and the crescendo on the track is simply spectacular. Lucid in Fjords is calm yet edgy.

All Her Colours picks up where we left off. We continue on this fabulous journey, which seems to become more interesting as we listen. This track is full of energy and quite interesting drum parts, which we expected already. There is something both exotic and nostalgic about this track, which sends you to wondrous places. The song is only complimented by the dreamy vocals, which give All Her Colours its nostalgic vibe.

Up next is Cinders and Dust, which tickles your interest with its house-beat and as it gradually, gains momentum. This track is the kind of minimal tech that tickles us on a dance floor and works very well on the album. We can already hear this in clubs.

Speeding up things is Once Were Leaves, with a faster tempo and an intense edge this track gives you goose pumps as it climaxes. The longest track on this album is South Polynesia. The song kicks off slowly but gradually gains in sound and becomes a beast exploding with sound in the shape of a variety of instruments. The vocals add balance to the track and make it accessible to a larger crowd. South Polynesia is complex and clever and possibly a bit dense for some yet it doesn’t fail to amaze.

Following this big track is Zenaida, which almost feels like a palate cleanser in its lightness. Hour Hands is a good follow up with its lively beat. We love the variety of bell-like sounds and the intensity of the song itself.

Last but not least on the album is Dinghy In A Quiet Cove. The track ends the album on a high note with a catchy chorus and infectious beat.

Pick A Piper’s debut is short but the quality of this selection is outstanding. We love every song on this album and can’t fault it in any way. We’re excited to see this band live and find out how this craft works on a live set.

Advertisement. Scroll to continue reading.
In this article:Pick A Piper