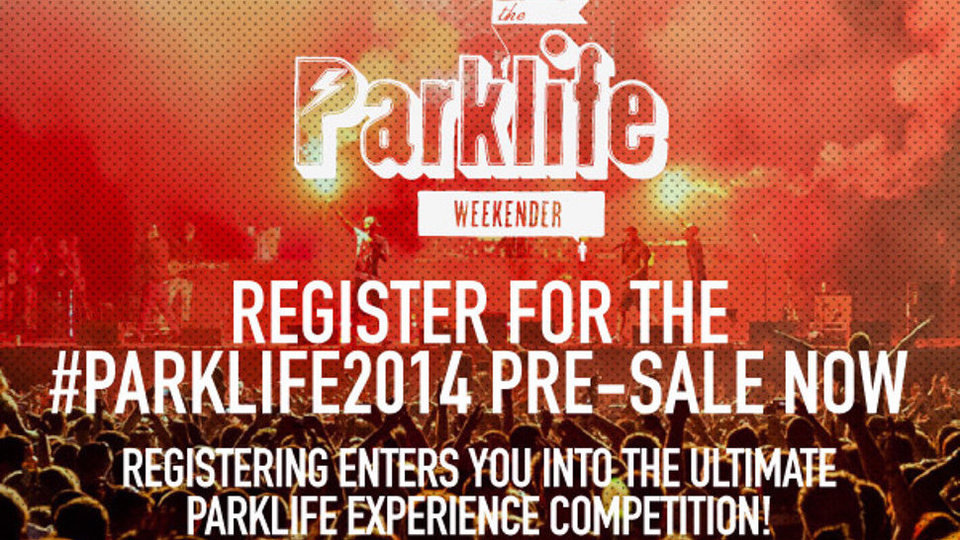 The Parklife Weekender is set to introduce its new pre-sale ticket registration for 2014. The fans who register will not only get cheaper tickets for a limited time it will also give someone the chance to win The Ultimate Parklife Experience Competition.

Parklife Weekender has also been nominated for a Best Major Festival award by UK Festival Awards alongside the likes of Glastonbury, Bestival, Download, Reading and Leeds. The results will be revealed on the 2nd December.

The Ultimate Parklife Experience is a chance for all pre-registered festival goers to win a once-in-a-lifetime-chance to experience Parklife as a mega VIP. The festival team are offering one music fan 4 x VIP tickets to The Parklife Weekender 2014, arrival at the festival in a Helicopter,backstage passes, party on the mainstage to one of the 2014 artists, two nights hotel accommodation in Manchester for four people, a hotel room fully stocked with drinks and food, a personal parklife photographer, free drinks and food all day, Parklife Weekender merchandise, a tour of the festival in a backstage golf buggy plus free after party entry!

You can enter the competition on the festival’s website.

In this article:The Parklife Weekender