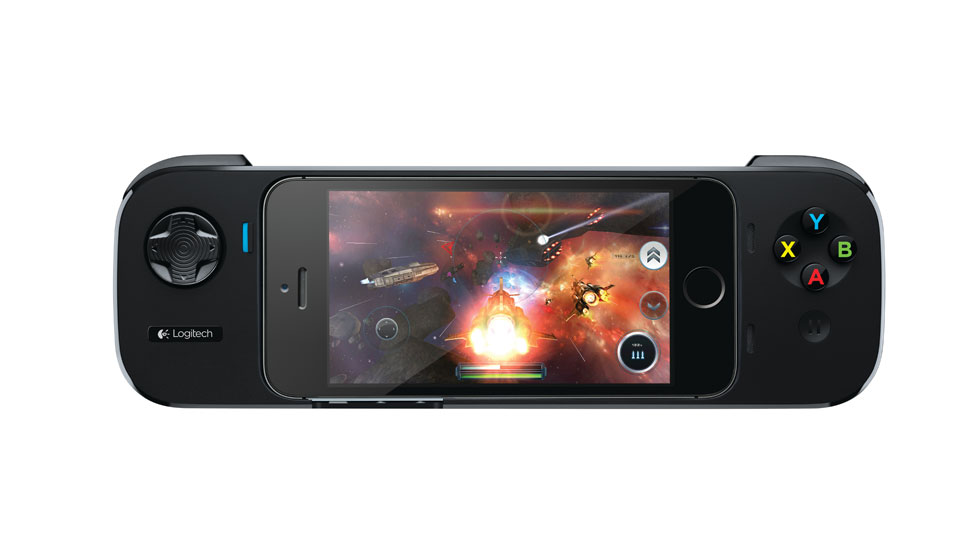 Designed to provide console-style game controls and increase game play-time on your iPhone 5s, iPhone 5 or iPoad touch (5th generation) running iOS 7. The Logitech PowerShell Controller + Battery is the first of its kind and connects to the iPhone or iPod touch like a standard case.

“We designed this controller to deliver a true console-gaming experience on an iOS 7 mobile device,” said Ehtisham Rabbani, general manager of the Logitech gaming business. “With gaming so pervasive on the mobile platform – our research shows that 87% of iPhone and iPod touch users play games on their device – it’s time to revolutionise the experience.”

The Logitech PowerShell Controller + Battery gives you the full screen of your phone for gaming allowing you to control games using analog off-screen controls, a D-pad, shoulder triggers and face buttons.

The controller increases the life of the iPhone 5s, iPhone 5 or fifth-generation iPod touch and you can recharge its battery, along with that of your phone, without removing the controller.

The Logitech PowerShell Controller + Battery is available for pre-order for £89.99 and will be available in December.