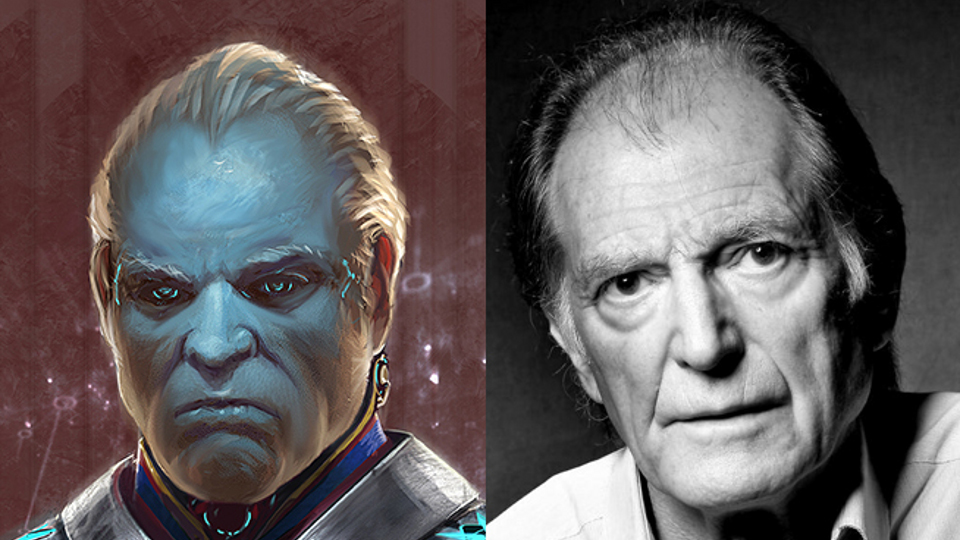 Perihelion Interactive have announced that acclaimed actor of stage and screen David Bradley is lending his talents to the voice cast for The Mandate – a six-player, cooperative, sandbox sci-fi RPG. You’ll no doubt know Bradley either for his role of Walder Frey in Game of Thrones or Filch the Hogwarts caretaker in the Harry Potter series, and this week he’ll be appearing as the first Doctor/William Hartnell in the BBC’s An Adventure in Space and Time drama doc about the beginnings of Doctor Who.

Set in a dystopian future controlled by a Russian Empire inspired by the Tsars of history, you take on the role of a captain at the helm of an evolving, dynamic ship that a crew of hundreds call home. As captain, you’ll command a crew of officers selected and honed by you, taking them into epic space battles, boarding operations and galaxy exploration. Whilst epic in scale, The Mandate takes the concept of sci-fi RPGs to the next level by rooting the drama in your relationship with the crew – they and the galaxy map will adapt and react to the strategic choices you make, the battles you win… and those that you lose.

Bradley will be making his videogame debut as Lord High Admiral Suvarov, commander of the Grand Fleet and chief military advisor to the newly-appointed – and unproven – Empress. With the fleet now a shadow of its former self, can Suvarov find any warriors left with the steel required to restore glory to The Mandate? To accompany the announcement a new trailer called Ghosts has been released which reveals the innermost thoughts of Suvarov as he reflects on the those who have fallen in battle under his command… and those that will inevitably fall in the future.

[quote by=”David Bradley”]I’m delighted to be working with the team at Perihelion Interactive to breathe life into the character of Suvarov. The Mandate is my first foray into the world of videogames, and I’m fascinated to see how my vocal performance is realised within the game.[/quote]

At the time of writing The Mandate has raised almost $300,000 of its initial Kickstarter funding target of $500,000 with 12 days left to go. The developers have also recently announced a series of stretch goals that will add further content to an already feature-packed release.

The Mandate is currently planned to release Q1 2015 on Windows, Mac and Linux.

In this article:An Adventure in Space and Time, David Bradley, Doctor Who, Filch, Game Of Thrones, Harry Potter, Hogwarts, Kickstarter, RPG, The Mandate