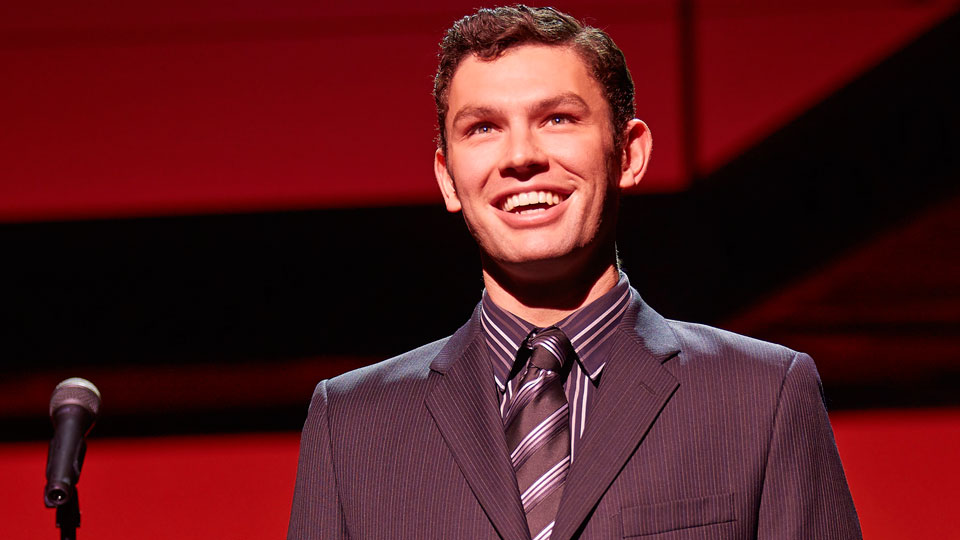 Jersey Boys star David McGranaghan, who plays Nick Massi in the show, has found success outside of acting with his hit board game Game for Fame.

Created with fellow actor Joseph Pitcher more than two years ago, Game for Fame is a race from rags to riches and has is a tongue-in-cheek view of the celebrity world.

Talking about the game David says, “It’s great to see how involved players get. The challenges are written for a bit of fun but it’s fantastic to see the players’ slightly competitive edge come out – just like when I’m playing my favourite classic board games. What’s amazing to hear over and over again in emails and online reviews is how much people laugh whilst playing Game for Fame.”

Jersey Boys will be transferring to the Piccadilly Theatre in March 2014 with the last performance at the Prince Edward Theatre due to take place on Sunday 9th March 2014.

For more information about Game for Fame head on over to www.gameforfame.co.uk

In this article:David McGranaghan, Game for Fame, Jersey Boys