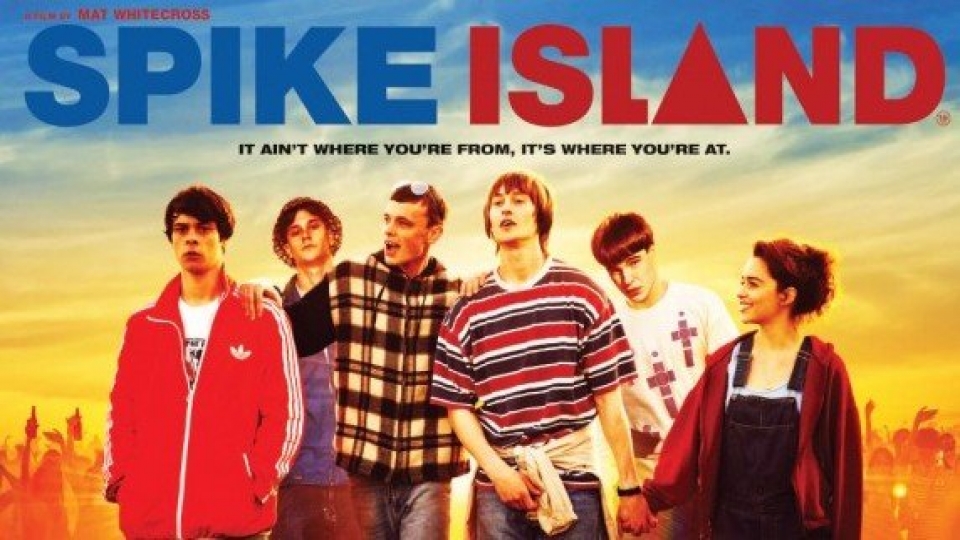 Spike Island is out now on DVD and Blu-ray. Mat Whitecross’ nostalgic snapshot of 90’s Manchester follows five enterprising 16-year-old lads through 72 hours that shape their future, on the road to see The Stone Roses in their legendary Spike Island gig.

Written by Chris Coghill (24 Hour Party People, Shameless) and directed by Mat Whitecross (Sex & Drugs & Rock & Roll, The Road To Guantanamo, Ashes), Spike Island is about the feeling of being 16, when music and your friends are your entire world, and a lifetime feels like forever. Nothing will stop them from getting to the gig, but their journey tests their friendships to the limits and their lives change forever.

To celebrate the release of Spike Island on DVD and Blu-ray, we are giving away the DVD along with a goodie bag full of Spike Island merchandise including a hat, poncho, t-shirt, USB, wrist band, mouse mat and pin badges.

In this article:Competition, Spike Island