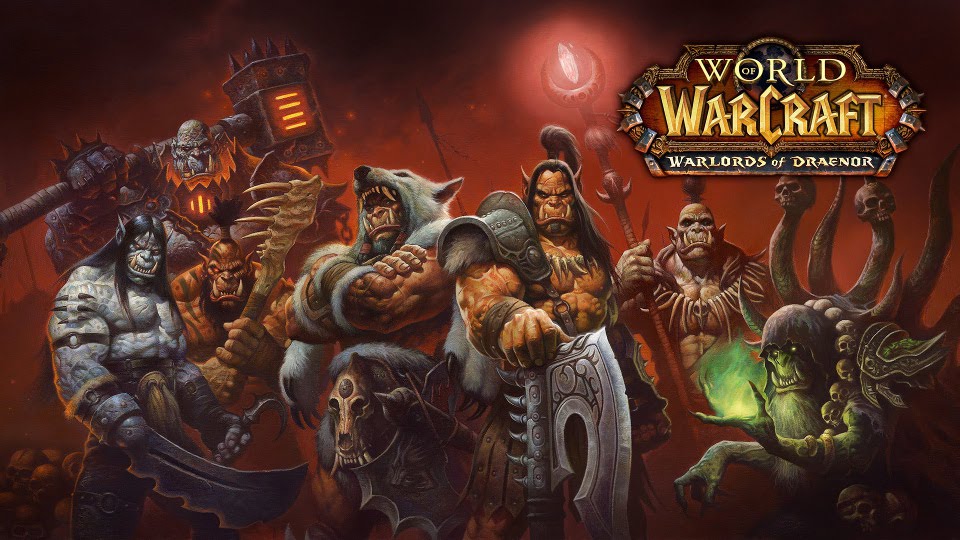 Blizzard Entertainment are currently hosting their annual BlizzCon event at the Anaheim Convention Center in California. The biggest announcement of the event is the fifth expansion for World of Warcraft. The new expansion, Warlords of Draenor, will send players to the world of Draenor at a pivotal moment in history to fight against and alongside legends from Warcraft’s brutal past.

Across Draenor’s savage jungles and battle-scarred plains, Azeroth’s heroes will engage in a mythic conflict involving mystical draenei champions and mighty orc clans, and cross axes with the likes of Grommash Hellscream, Blackhand, and Ner’zhul at the height of their primal power. Players will need to scour this unwelcoming land in search of allies to help build a desperate defense against the old Horde’s formidable engine of conquest – or else watch their own world’s bloody, war-torn history repeat itself.

[quote by=”Mike Morhaime, CEO and cofounder of Blizzard Entertainment”]Warlords of Draenor gives players a chance to take a commanding role in one of the Warcraft series’ most crucial conflicts. This expansion also includes features that make it easy for anyone to jump right into the action, whether they’ve played WoW at some point in the past or are just setting foot in Azeroth for the first time.[/quote]

To help new and returning players answer the call to arms on Draenor, the expansion will enable anyone to instantly boost one character to level 90, including a newly created character, quickly getting them up to speed and ready to enjoy the latest content with their friends.

To establish a foothold on Draenor once they’ve arrived, the displaced champions of the Horde and Alliance will be able to construct their own Garrison, an expandable, customizable stronghold that will serve as each player’s personal base of operations throughout the course of the expansion. As the Garrison grows, players will be able to recruit NPC allies and followers to take up residence, gathering resources and embarking on missions on the player’s orders.

Warlords of Draenor will also introduce fully revamped player character models and animations for many of World of Warcraft’s existing playable races, bringing the orcs, humans, and several other longtime residents of Azeroth up to the visual standards of newer races while still maintaining their iconic style and identity.

Along with these new features, World of Warcraft players will enjoy a wide array of new content on their way to the new level cap of 100, including new Zones, Dungeons, Raids, Scenarios, Battlegrounds, and more. Warlords of Draenor will also introduce questing improvements designed to encourage exploration and add unpredictability to players’ ongoing adventures.

Visit the official Warlords of Draenor website for more information.

In this article:Blizzard, Blizzcon, Warlords of Draenor, World of Warcraft, WoW