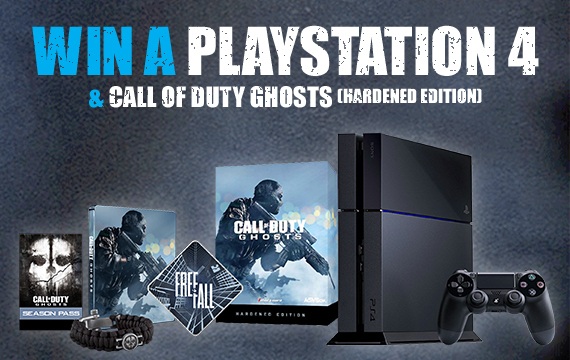 Affording all the latest games and consoles is an expensive business. If you find yourself strapped for cash you might consider trading in some of your old Games, CD’s, Blu-ray’s and DVD’s for cash. One such website that allows you to do just that is musicMagpie PS3.

It’s an incredibly exciting time for gamers in the UK with the release of some of the biggest titles of the year. In recent weeks we’ve been spoilt for choice with Batman: Arkham Origins, Battlefield 4, Assassin’s Creed IV: Black Flag and games don’t come much bigger than last week’s Call of Duty: Ghosts.

It’s not just about the games though as the next-generation of consoles are also about to launch. Next week, on November 22nd, is the launch of Microsoft’s successor to the Xbox 360 with their new Xbox One. Then following on just a week later, on November 29th, comes the launch of Sony’s PlayStation 4.

As well as offering a helping hand in affording the latest in gaming musicMagpie are also currently running a fantastic competition. One lucky winner can get their hands on a brand new PS4 with a copy of Call of Duty: Ghosts Hardened Edition to play on it!

There are also two runners up prizes and you can find all the details about their PS4 and Call of Duty: Ghosts competition over on the musicMagpie blog. Alternatively you can head on over to the musicMagpie Facebook page to submit your competition entry.

In this article:Call of Duty, CoD, musicMagpie, PlayStation 4, PS4