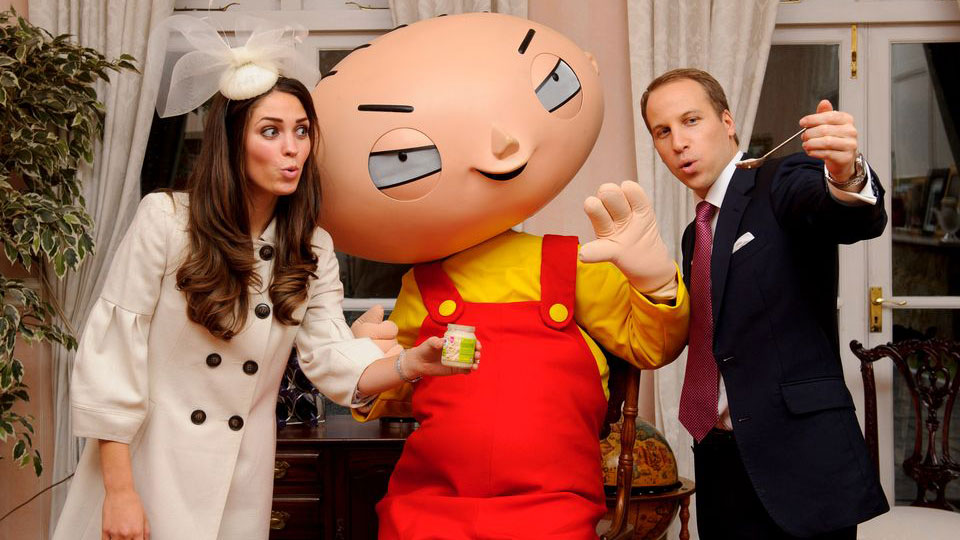 Stewie Griffin is at it again! Not content with gate-crashing the royal Christening portrait, he’s now settling in to life with Kate and Wills.

The scheming baby has been spotted around London and Kensington Palace with his adopted parents the Duke and Duchess of Cambridge. To celebrate the release of Family Guy: Season 12 on DVD Stewie appears in new photos showing him getting up-close and personal with his newly adopted royal parents.

The photos are part of the #StewieofCambridge campaign as the new boxset features the very British episode Chap of the Manor where Peter Griffin discovers that his alter-ego Neville is related to Queen Elizabeth.

Family Guy Season 12 is out now from Twentieth Century Fox Home Entertainment and features the very British segment ‘Chap of the Manor’.

Take a look Stewie’s latest antics in our gallery below:

In this article:Family Guy, Stewie Griffin