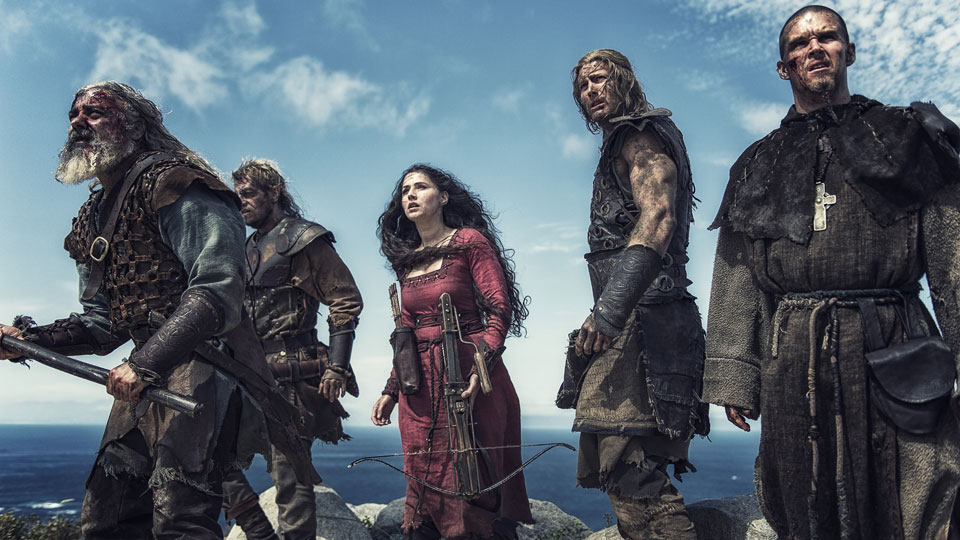 Starring Tom Hopper (Merlin), Ryan Kwanten (True Blood), Charlie Murphy (Philomena) and Ed Skrein (Game of Thrones) the epic adventure is to be release in the UK, France, Scandinavia, Australia and New Zealand by Entertainment One.

Ralph Dietrich, Chief Executive Officer, Ascot Elite Entertainment Group, commented “We are extremely pleased to have wrapped principal photography and are very proud of what we have achieved. Although we had to combat some harsh weather conditions – which were ultimately great for the production but very hard on our cast and crew – we were able to produce spectacular images. This is thanks to the exceptional hard work and talents of our outstanding staff and extraordinary cast. I am sure we’ll be seeing a lot more of our international star cast in the future”.

The synopsis for Northmen – A Viking Saga is:

A gang of Viking marauders under the command of their young leader, Asbjörn, bear down on the coast of Britain, intent on pillaging Lindisfarne of its gold. But, caught in a vicious storm, their longboat is dashed to pieces on the rocks off Scotland. Trapped deep within enemy territory, the shipwrecked mens’ only chance of survival is to reach the safety of the Viking stronghold Danelag.

With only the enigmatic Conall, a monk who preaches with his sword to help them, they cut a bloody swath through anyone who gets in their way. But the journey becomes a race for their lives when the King of Scotland sends his most feared mercenaries, the Wolf Pack, after them. Traversing an unfamiliar and hostile land, they are pursued relentlessly. However the hunters become the hunted when the Vikings, eager for battle, set deadly traps and mercilessly decimate their pursuers one by one…

Northmen – A Viking Saga is directed by Claudio Fah (Hollow Man 2) and scriped by Austrian authors Matthias Bauer and Bastian Zach. The release date for the movie is currently TBC.

The photo credit is: Joe Alblas.

In this article:Northmen - A Viking Saga, Ryan Kwanten, Tom Hopper