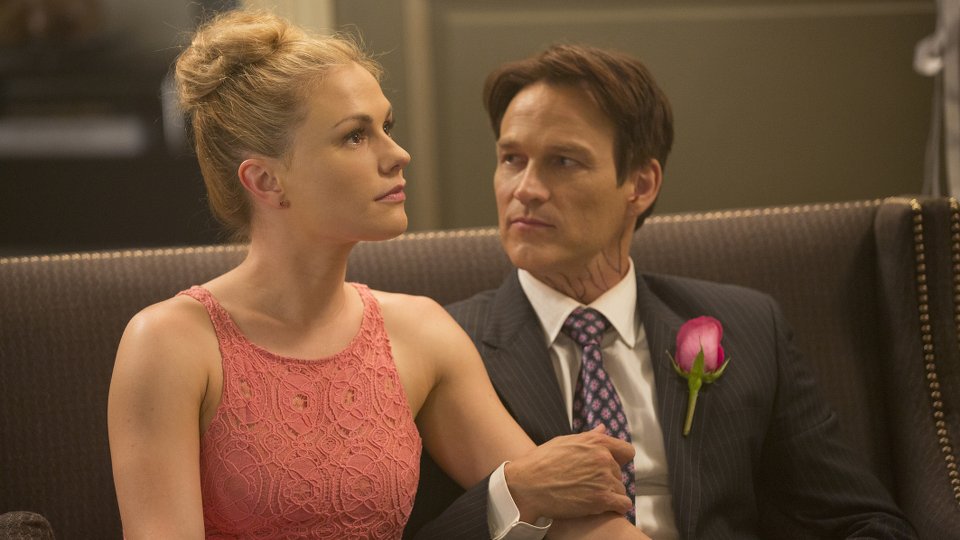 True Blood came to an end earlier this year after 7 years of entertaining fans with its mix of sex, drama and horror. Based on the books by Charlaine Harris, True Blood became a worldwide phenomenon thrusting Anna Paquin back into the spotlight as central character Sookie Stackhouse. Over the years the quality of the show has varied but the creative team and the network made the sensible decision to end the show whilst it was still on top.

True Blood: The Complete Seventh Season features the final 10 episodes of the series and aimed to tie up plenty of loose ends and confirm the fates of the many characters that had featured on the show over the years. The season picks up where season 6 left off with the residents of Bon Temps battling Hep-V vamps hellbent on feeding. The main storyline for the season is Sookie and her friends trying to discover a cure for the virus and keep themselves alive in the process.

From the first episode of the season onwards there are shock deaths of main and supporting characters giving you the sense that no one is really safe on the show as it heads towards its final farewell. One of the big cliffhangers from season 6 was the fate of vamp Eric (Alexander Skarsgard) and that is dealt with over the first few episodes. Whether he lives or not we couldn’t possibly tell you, as it’s all part of the surprise.

The final season takes time to bring closure to the storylines of pretty much all of the characters. The happiness of their endings varies wildly and the season finale really divided fans of the show after featuring a pretty controversial plot twist that we didn’t see coming at all. Some of the plots of the season include Pam’s (Kristin Bauer van Straten) search for Eric, Bill’s (Stephen Moyer) attempts to make amends with Sookie, and a love triangle featuring Lafayette (Nelsan Ellis), Jessica (Deborah Ann Woll) and James (Nathan Parsons). There’s also the return of Sarah Newlin (Anna Camp) who may hold the key to season’s major storyline.

One of the things we liked about the final season is that it attempts to take the show back to basics. Over the years True Blood became very bloated in terms of the number of regular characters and the amount of plots and sub-plots going on at once. Some of those wrongs are put right over these last 10 episodes but we would still say that there’s a little too much focus at times on characters we simply don’t care about.

Extras on the release include audio commentaries from the cast and the crew on 5 episodes, a featurette saying goodbye to the show and a season 6 recap.

True Blood has had great highs over the years and great lows too (do we really need to mention season 5 or should we just gloss over that?). If you’ve read the books then you’ll know that the show bears little resemblance to them at all by the end. True Blood manages to pull itself back together for the final season and we were pretty satisfied with the way it brought closure to the show. For us season seven became must-see TV again and after a few rocky years we were glad that True Blood reminded us why we fell in love with it in the first place.