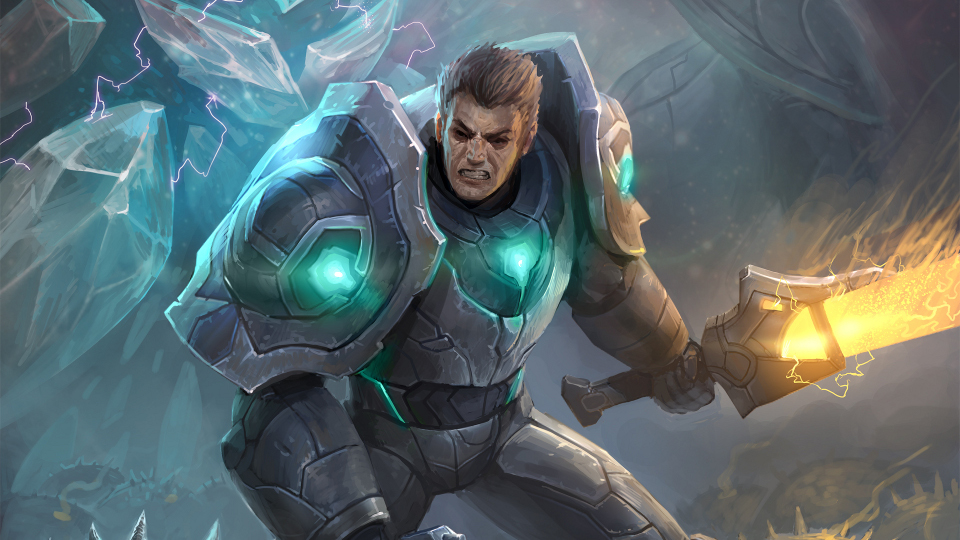 Echo Prime is an epic sci-fi action RPG with real-time combat designed and tuned specifically for touch-based devices. The game takes players on a journey across the stars, through a wide array of exciting locations to battle fearsome enemies and huge bosses. Echo Prime is the second foray into mobile game development for Robot Entertainment, the developer best known for the Orcs Must Die! series and the 2012 AIAS Mobile Game of the Year, Hero Academy.

As an elite Enforcer, players will battle hordes of dangerous alien creatures, space pirates, and killer mercenaries with blaster and blade as they travel from star to star, uncovering the secrets of the multiverse. Players will make contact with the Echoes, mysterious beings from alternate universes who will lend players their abilities and aid in their quest to save humanity from an alien menace. As players level up their Enforcers, they will acquire a myriad of powerful new weapons and armor. They’ll watch their abilities grow to unmatched levels and take on the most fearsome opponents in the galaxy in randomized campaign missions.

Echo Prime is available now on the App Store and will soon be coming to Android devices. For more information, check out the Echo Prime website.