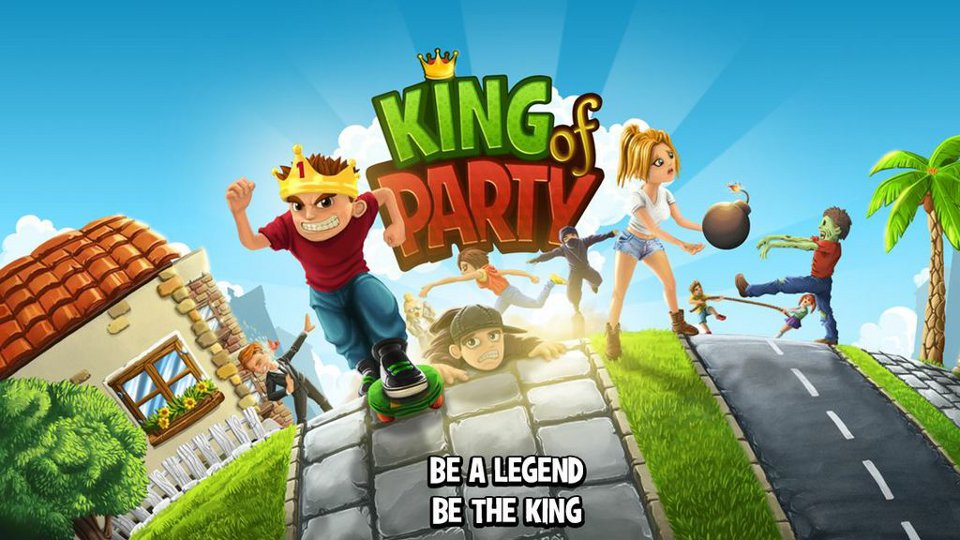 Spanish developer Codigames have released their fourth title for iOS and Android devices.

In King Of Party, up to four players must compete against friends and other gamers from across the world in six mini games to find out who the true worldwide King Of Party really is. Gamers can play cross platforms so if they have friends with different brand iOS and Android devices, they can still all play against each other.

King Of Party is free to download with players able to purchase new mini games as they are added over the coming months.

Codigames have taken their inspiration for this title from classic games like Mario Party. King Of Party comes with the added advantage of utilising new technology that is naturally included in current day mobile devices. The six mini games feature:

Gamers can also customise their character with thousands of possible combinations of apparel, from shoes, t-shirts and trousers through to crazy hairstyles and even zombie heads! More are unlocked as players progress, and much more will be implementing after the game is released.

The main objective in King Of Party is to show the rest of the world who the most skilled player is, to climb to the top of the international rankings and become the true King of your neighbourhood, country and even the world!

[quote by=”Fran Martínez, CEO of Codigames”]As a result of the experience we’ve gained developing our three previous titles and after many months of hard work, we believe that King of Party represents a ‘before and after’ in the development of social games. We’ve taken a huge step forward interconnecting as many players as possible and doing everything we can to ensure our videogames are accessible everywhere and on any device.[/quote]

King Of Party releases today, Thursday 24th October as a free download on the App Store and on Google Play.