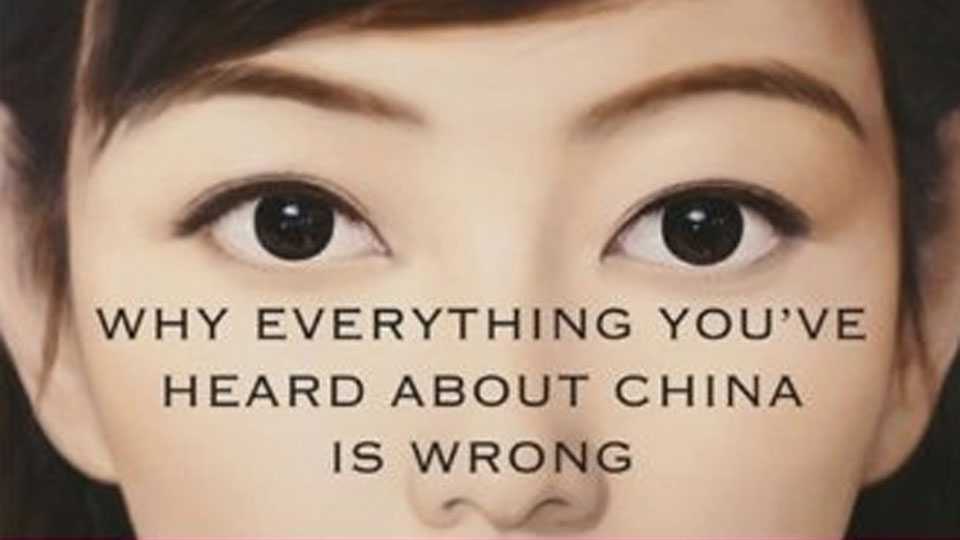 Author Ben Chu is economics editor of The Independent and is half-Chinese (on his father’s side). The way in which other nations perceive China and the Chinese, depict them in popular culture and news reports, and conceive of them within their national consciousness is of great interest to him. Chinese Whispers is his attempt to redress what he sees as an imbalance. Over seven chapters, Chu takes what he considers the most popular misconceptions and addresses them in turn.

Chinese Whispers is an engaging tome, and since it concerns a country that has one of the largest economies and populations in the world, it’s a useful challenge to our preconceptions and assumptions about China and her people.

For the most part, Chu’s arguments are persuasive, though he lapses into anecdotal evidence on occasion. “The Chinese fetish for consuming endangered species does not seem to have passed to the younger generation, at least if my cousins’ disgusted reaction to the idea of eating bear’s paw or shark’s fin is anything to go by,” he says in the opening chapter challenging the perceived fixed culture of the Chinese. He makes no mention on the continued massacre of endangered species to satisfy Chinese consumer demand for alternative ‘medicine’ and cater for acquired gastronomic tastes, even if this does turn out to be less prevalent amongst younger generations.

Chu rightly points out that Chairman Mao’s Cultural Revolution was an attack on what were considered traditional Chinese values, and he paints the alleged continuous five thousand-year culture as fanciful, lacking historical evidence to claim much more than two thousand years. He is also right to point out China’s ability to absorb divergent faiths: the country that spawned Confucianism has adopted foreign deities and is remarkably free from religious persecution and sectarianism. “China,” Chu claims, “is not really a nation, but rather a multi-ethnic empire masquerading as a nation.”

Chu also examines the claim that the Chinese are irredeemably racist and sees the absence of political correctness as the result of it being a closed society under Communism until the 1970s and still having a small population of expats. He challenges the notion that the Chinese don’t want freedom by describing the greater liberty to dissent that the internet has brought, despite heavy government regulation of the web. He also raises the pro-democracy rally in Tiananmen Square in 1989 that nearly toppled the regime, until the army was sent in, and gives reasons why similar protests are currently unlikely.

The section refuting the idea that China has the world’s finest education system is especially compelling. What emerges instead is a portrait of a Gradgrindian style of rote-learning, with school children driven to nervous breakdowns over their Gao Kao exams in their competition for limited university spaces. State interference, a problem Chu continually returns to, hinders the education system through curtailing its independence. Chu runs this idea into the next chapter that dispatches the idea that the Chinese love to work. The suicides at Foxconn’s Apple plant at Shenzhen, recently reported on in western media (though they hardly made the headlines), reflect a workforce of the under-educated treated as slave labour under appalling conditions and pay.

Chu really comes into his own in the final two chapters, which examine the widely-held beliefs that China has reinvented capitalism and will rule the world – the usual fears of the right-wing press. Chu uses all his expertise in the area to examine the current economic situation in China, and he predicts huge problems to come owing to the state’s control of its people’s investments and lack of trust in the safety of their money from the populace.

Chinese Whispers is a provocative, insightful and thoughtful book that is one long argument about what it means to be Chinese (if indeed such an assertion is even meaningful). It will act as a consciousness-raiser against the sort of lazy journalism that sees the Chinese described as “inscrutable” with an inbuilt “work ethic”. It’s not the final word on modern Chinese culture and influence, but it moves the debate on whilst challenging prejudices and bursting unquestioned presumptions.

Chu writes with great clarity, developing his ideas and themes with skilful analysis, whilst keeping his reader hooked and his arguments concise. Chinese Whispers will appeal to anyone interested in Chinese culture as well as those who want to know more about a country and a people that have come to prominence that fascinate us as much for the similarities as for the differences.