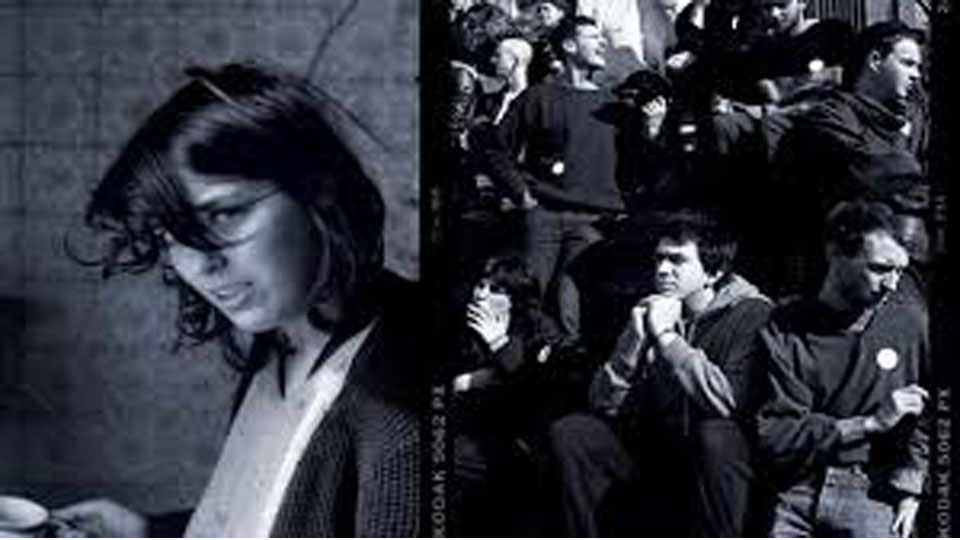 My Generation is the second of two concurrent plays opening the new season at the West Yorkshire Playhouse this month. Written by Alice Nutter, the show presents four stories about a Leeds family living life on the breadline between 1977 and the present day.

The story begins with Cath and Mick living in a squat in Leeds, desperately trying to bring up children in an environment where people are forced out of their jobs and homes whilst pushed to the edge society. Jumping to 1984, the play traces the effect of the miners’ strikes, before moving on to the rave culture of the early 1990s, reaching a final destination of post-New Labour in 2013. A study of the effects of capitalism and unemployment on three generations, Nutter’s play is a tale of the past, present and an uncertain future.

Despite being a show of four parts My Generation is, in essence, a two-parter vaguely subdivided. The 1977 – 1984 eras are seamlessly played out, superbly realised by a familiar quality of production design expected of the West Yorkshire Playhouse. Staging and props are meticulously period; evoking a time of white Fairy Liquid bottles, melamine table tops and brown ale in dimpled glasses. Act two presents characters dramatically aged by the early 1990s, with the children of 1977 as young adults fending for themselves in a different world. Whilst this act boasts more vibrant visuals and some intricate choreography, it is arguably the first which is more engaged with the period politics of Thatcher, Peter Sutcliffe, feminism, Leeds United and the miners’ strikes. As such, the first epoch is more evocative and engaging than the disparate monologues which follow, most of which ignore the political context of the 1990s and Blair’s Britain altogether. As such, the characters seem dislocated and engaged only with their own lives and not the wider issues of the country.

My Generation is a story about people and politics. What of the characters and what do they say about the period? The answer is, not too much beyond broad brush-strokes; a radical feminist is portrayed as a biker who converts downtrodden women to her cause and commune. All well and good for one inflated character, but all her followers soon engage in lesbian activity, as if radical feminism and homosexuality are binary linkages. Gender, sexuality and feminism are packaged as a wholesale product, reaffirming right-wing stereotypes instead of subverting them. Similarly, all of the police are represented as drone-like thugs, whilst the men are loosely sketched as downbeat, grubby dreamers. Was it really that straightforward?

There are, however, strong performances from Kaye Wragg as Cath, with particular notice to Craig Conway as Mick Dean, who of all the characters has a developed arc throughout the play with a coherent evolution. There is a great sense of Dean aging and mellowing through the piece, becoming a better man as time erodes the fury of youth. Helen Bradbury and Craig Gazey also turn in strong performances, but their characters are thinly written and leave little to hang anything potent upon. David Smith, Sheena Bhattessa and Robert Wilfort also inject charisma and vibrancy into their parts where they can.

The show is backed by an excellent band, many who are players on the stage as well as musicians. With a moving gig platform and some atmospheric lighting, My Generation has a slick presentation and period authenticity in sound and texture. Max Webster’s direction is inspired and engaging with dextrous set changes. Anna Morrissey’s direction of movement is worthy of commendation, particularly a police riot scene performed to a funky progressive rock beat. Visually there is much to feast on, with obvious care and innovation invested throughout the production.

My Generation is a fine collection of ideas – a concept executed superbly in the BBC’s Our Friends in the North series – but the strands simply do not knit together coherently or naturalistically. The thread which follows the childrens’ development isn’t clear, nor are enough seeds sown to show their growth from children into adults; they simply don’t feel like the same characters throughout. Dialogue has occasional flashes of brilliance and a few good gags fly, but more often the writing sounds soapy and anachronistic, resorting to repetitive swearing which is more wearing than shocking.

Occasionally amusing but dramatically underwhelming, My Generation is overlong and somewhat underwritten. It bravely attempts to capture the essence and the fallout of the recent past, but does little which is truly educational or engaging. In short, socio-historical theatre such as this has been done before, and better.