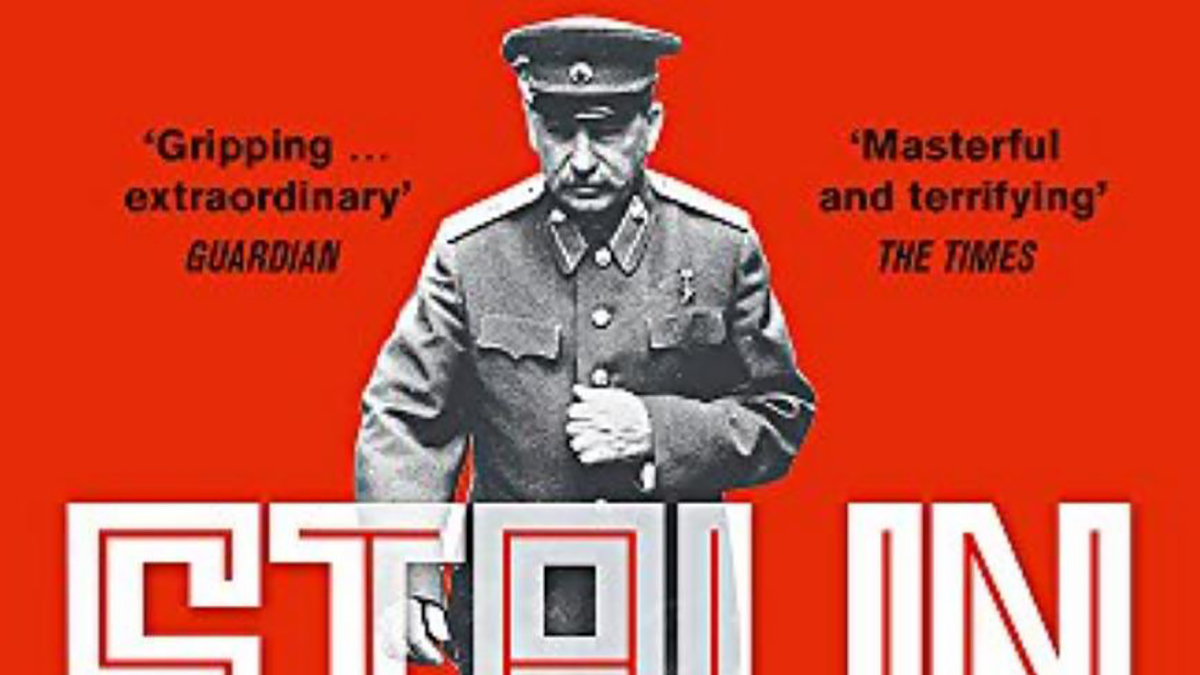 Historian Simon Sebag Montefiore’s ‘Young Stalin’ unearthed plenty of new research about the formative years of the world’s most famous Communist dictator. It painted a vivid picture of his childhood in a peasant family in Georgia. It culminated in his rise to influence under the leadership of Lenin following the October Revolution of 1917. ‘Stalin: The Court of the Red Tsar’ completes the story of his life. Having gained political power in his 30s, Stalin never lost it, and died following a stroke in 1953, at the relatively old age (for his time and circumstances) of 74.

How did one man manage to retain an iron grip on the heart of the Soviet Union, and emerge with his authority intact following the harrowing events of the Second World War and the deaths of millions of Russian soldiers? This is what Montefiore’s book examines, providing many answers and insights.

As with ‘Young Stalin’, the sequel is written using plenty of dialogue and usually compact chapters, giving it a novelistic feeling of immediacy that readers will find highly engaging. Although the inner workings of the Soviet Politburo may sound less than scintillating to those easily bored by political machinations, Montefiore avoids becoming bogged down in the minutiae of policymaking. He concentrates instead on the personalities of the key players in Stalin’s court, and the real-life consequences once their decisions are mobilised into action. Thus you have intense sections on the horrifying events of the Great Terror of 1937 (sometimes bowdlerised as the ‘Great Purge’ for those wanting to take attention away from the reality of mass political executions). Montefiore writes with crystal clarity about the thinking behind the elimination of the alleged enemies of socialism: “This final solution was a slaughter that made sense in terms of the faith and idealism of Bolshevism which was a religion based on the systematic destruction of classes.” A neat summation of complex political history.

The author enlivens the text with characters such as Yezhov, the enthusiastic head of the NKVD who oversaw the Great Terror, until (spoiler alert, though with a certain inevitability) his own crimes eventually caught up with him. This is a recurring motif of the book. Like a Shakespearean tragedy, one by one the characters meet with a gruesome end as the quicksand of an ideology that demands ever greater degrees of purity eventually sucks down anyone standing near it.

The central character of Stalin changes as the book progresses, ending his life paranoid, unable to sleep and certain that everybody is about to betray him. Montefiore’s reasoning as to why it took Stalin’s inner circle so long to call for doctors to help a clearly mortally ill man (mostly out of fear that if Stalin recovered, he would view such an action as a betrayal and have them executed) is entirely credible, and borders on the tragic-comic. Montefiore recounts Stalin’s encounter with a young Chairman Mao, before the latter’s Cultural Revolution similarly purged Chinese society of ‘bad elements’. There are lessons in this book we can derive in our own times, with the relentless online urge to seek out wrongthink and ‘cancel’ or silence perpetrators. Those engaged in these activities could learn a lot from Stalin’s successes, and similarly believe that if only dissidents could be bent to their will, utopia would surely come.

As ‘Stalin: The Court of the Red Tsar’ traces, by 1950, three years before Stalin’s death, there were 2.6 million Soviet slaves in the Gulags. Although the book understandably concentrates on the creation of Soviet society that Stalin oversaw, including his later terror campaign against Jews, it also recounts the world events that Stalin was inevitably caught up in. The Potsdam Conference, concerned with carving up the world between the superpowers in the aftermath of the Second World War, is covered by Montefiore’s account, as is the Battle of Stalingrad that cost so many Russian lives during the war. Although other historical accounts cover such monumental events at book-length, it is not the author’s intention to provide every detail and thorough analysis. Instead, the scope of ‘Stalin: The Court of the Red Tsar’ is to give readers an insight into how Stalin came to be the pre-eminent mass murderer in human history, and how he survived within his own brutal, authoritarian and repressive regime for so long. Here, Montefiore succeeds splendidly.

The book is vivid, epic in scope, yet never loses sight of basic psychological truths about the key players, and the man who is at the eye of the storm throughout these pages. To understand the tumultuous Twentieth Century, it’s necessary to appreciate what drove the people who shaped it. As one of the defining figures of the last one hundred years, Stalin deserves this level of detailed analysis. Montefiore’s masterclass in scintillating historical biography is a must-read for anyone with an interest in our recent history. It is more than sufficiently wise to illuminate the human hubris and fallibility that resulted in incomparable bloodshed.