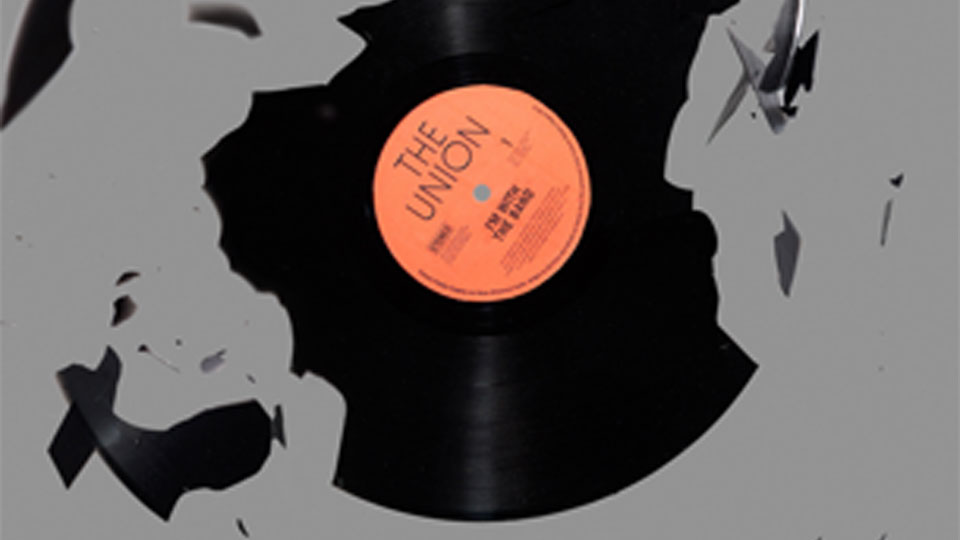 Picture the scene: an indie rock band who were a big deal a decade earlier carry on releasing ever diminishing returns, until one day when they’re mostly in their forties it’s revealed that their unscrupulous tax-dodging manager has left them in a whole load of debt. The fragile egos of the four band members bring out the worst in them as they face up to the prospect that the best days of ‘The Union’ are over…

I’m With The Band plays at the plush environs of the St James Theatre in Westminster until 7th September. Anyone who’s in a band, or has ever been in a band; or even just loves the type of personalities who make popular music will almost certainly adore this production. It’s full of in-jokes about the music industry. There is an absence of female voices, and the testosterone levels build slowly through the various alpha-male clashes on stage, though women in the audience may enjoy the comical depictions of male posturing, and the, um, aesthetics (see later).

Those more dispassionate about rock still have much to fall back on to enjoy. Whilst the humour is a touch hit and miss, there are enough palpable hits to keep you chuckling: arguably more than can be said for the songs, which are a touch pedestrian (maybe that’s the point?). Certainly the music works best when it’s supporting the story; and frontman Damien “Damo” Ross (James Hillier) finding that the only way he can break it to his bandmates that they’ve been screwed over is to sit at the keyboard and knock out a ditty is a touch of genius.

The performances are certainly more polished than the music, and each of the actors has moments to shine. James Hillier, who bears a passing resemblance to Sting, keeps the energy high with a patronising and often smug characterisation. Andy Clark offers a neat contrast as Barry, the guitarist, a grumpy and political Scotsman (a stereotype that is fair comment).

Earning most of the laughs is Matthew Bulgo as Gruff, the Welsh bassist with self-esteem issues and poor sartorial taste. Last, and in musical terms, always least, is the drummer Aaron (Declan Rodgers), who descends from super fit Irishman with verbal diarrhoea to drink-soaked Irishman with verbal diarrhoea. He’s certainly the eye candy, and it’s worth pointing out that he spends a good few minutes of the second act down to his briefs (for reasons you’ll have to find out for yourself). As does Matthew Bulgo, but I suspect the easier-on-the-eye Rodgers will sell more tickets.

The characters, one from each of the British countries, are broadly drawn but identifiable and played with integrity. You’ll probably find yourself empathising with a particular one: I smiled every time Barry bemoaned his inability to figure out how to work his new laptop.

The show runs through without an interval for ninety minutes, and builds to a bombastic if somewhat muddled climax. Perhaps part of the problem, as always with productions featuring a live band, is the drowning out of the human voice by the percussion, which is an issue for the most part satisfactorily overcome.

Like The Union themselves, I’m With The Band is a little rough around the edges, but charming. It’s a neat play about friendship that works by not taking itself too seriously.