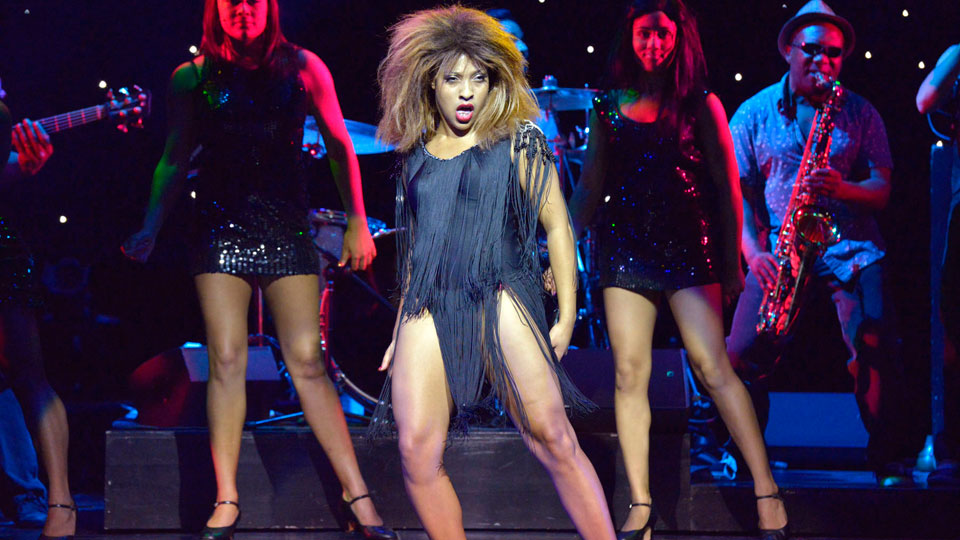 A new musical chronicling the lives and careers of music sensations Ike and Tina Turner – Soul Sister – arrives at the Churchill Theatre in Bromley following a successful West End run.

A buzz has already been created around the show, and it’s easy to see why since it ticks all the right boxes: it marries a cracking story with great performances and throws in show-stopping crowd-pleasing songs performed with a live band. What’s not to love?

Soul Sister caters for an adult audience: parents should be advised that the show includes a small amount of foul language, but more importantly depictions of drug use and domestic violence.

You don’t have to be a fan of the music to appreciate that Soul Sister tells a great story. The marriage and musical collaboration between Ike and Tina Turner is legendary, but where the events are well-documented, they are creatively detailed in Soul Sister. From Tina Turner’s comeback in 1985 where she laments the absence of Ike from her side, the action flashes back to her first meeting with him in St Louis when she was a teenager before detailing their whole tempestuous marriage, picking out the tipping point when he came to need her more than she needed him.

What works so well about the story is that it’s always framed against a backdrop of wider social events. When the Turners were starting out in the 1950s the western world was rapidly changing, yet it came before the civil rights movement at a time of wide discrimination against blacks. Changing attitudes are skilfully depicted here, most potently perhaps with Ike’s inability to grasp the emerging feminism of the 1970s and change his domineering habits of a lifetime.

Projections (always a double-edged sword in theatre, in my view) are well-used to feed in genuine newsreel footage of important historical events that puts Ike and Tina’s story into context. It’s less successfully used to screen pre-filmed inserts, some of which are clever, others of which are shameless exposition. The comic book technique of setting the scene, and the artistic background graphics, are, however, valuable additions to the atmosphere and tone of the piece; and the artistic decision to keep Phil Spector as a disembodied offstage voice is a terrific touch.

Tina Turner’s success is owed for the most part by her extraordinary stage presence and huge voice (oh, and big hair, of course) – and recreating her persona can only be a daunting challenge, especially since the actor has to be able to sing somewhat like her as well as understand the mechanics of storytelling. Enter Jenny Fitzpatrick. Her Tina Turner is terrific and her voice electrifying, with the strutting-pigeon movements perfectly encapsulated. Not only that but she depicts the remarkable journey from innocent young child visiting the big city for the first time through to world-weary and battle-scarred musical legend with incredible detail. The wig does the rest.

Fitzpatrick’s brilliance is matched by Chris Tummings’ Ike Turner. Ike has many of the funniest lines, and Tummings makes the most of them. He’s attractive, witty and bursting with charisma. However, he has a journey too, taking a dark twist into drug addiction and rage, made all the more shocking that the audience (like Tina) can’t help but fall for his charms to begin with. Fitzpatrick and Tummings give outstanding performances.

Special credit for last night’s performance should go to Kenton Noel, stepping in from understudying to play Ike’s friend and band mate Ray. You’d think he’d been playing the part the whole time, and he could still use his saxophone to great effect. The music created by the live band hugely benefits the atmosphere of the show, and the sound levels are pretty good too.

Soul Sister is slick and stylish. Transitions between scenes are created using sliding screens that keep the action moving relentlessly forwards.  It includes many of Ike and Tina Turner’s most popular hits, with well-chosen songs by other artists (notably a moving rendition of the Beatles’ Help!) thrown in along the way. It does, of course, build towards an inevitable medley of Tina Turner’s greatest hits, enabling the sort of audience engagement people used to television fodder like the X-Factor now come to expect from live performances. In story-telling terms the climax is a touch gratuitous, but those in the audience on their feet and belting along to Simply the Best weren’t complaining…

With a great story, superb performances and an abundance of hit songs, Soul Sister delivers a terrific evening of entertainment that will have wide appeal. Catch it while you can.

Greg Jamesonhttp://www.gregoryjameson.com
Book editor, with an interest in cult TV.
Previous article
Charlaine Harris – Shakespeare’s Champion review
Next article
Shuman & Fife – One on One Playing with a Purpose review