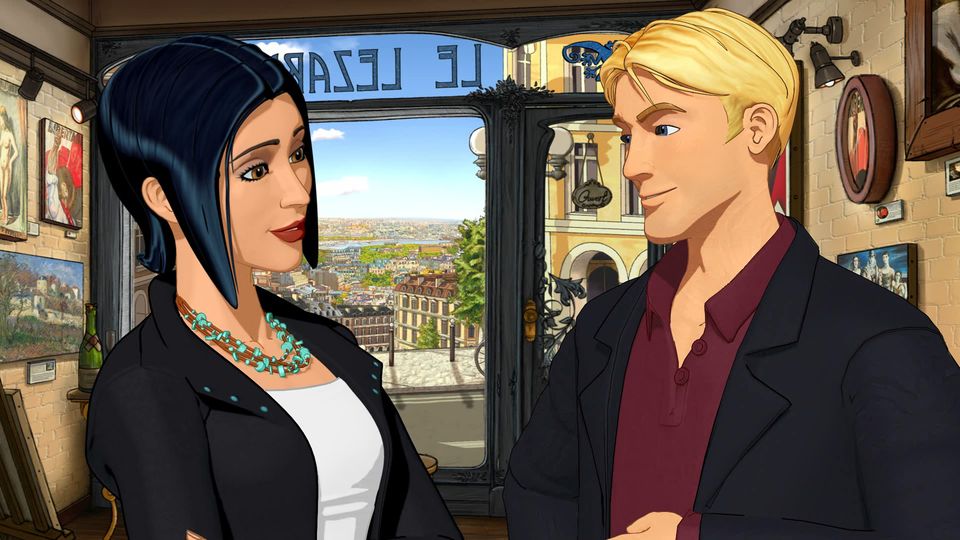 Revolution Software have confirmed that Broken Sword: The Serpent’s Curse will arrive on PlayStation Vita later this year.

Broken Sword: The Serpent’s Curse will be the first all-new Broken Sword adventure for six years. The Vita release – due this year – sees a Broken Sword title available on a Sony handheld for first time ever, alongside release on Windows PC, Mac, Linux, iOS and Android.

The game was announced as part of a Kickstarter appeal in August 2012 and, after attracting over 15,000 backers, doubling its goal.

[quote by=”Charles Cecil, Founder and Managing Director, Revolution Software”]We are very proud at the reception that our Kickstarter appeal received. As well as funding a core part of development, it has brought together a wonderful community of Broken Sword fans. We are thrilled to be bringing the game to PlayStation Vita.[/quote]

About Broken Sword: the Serpent´s Curse

Paris in the spring. Shots ring out from a gallery…

A robbery – a murder – and the beginning of another epic, original Broken Sword adventure.

An adventure that will hurl intrepid lawyer George Stobbart and sassy journalist Nico Collard onto the trail of a murderous conspiracy forged in the cauldron of war-torn Europe. A conspiracy whose roots lie in mysteries older than the written word.

Armed only with logic, integrity and a wry sense of humour – can George and Nico outwit evil forces both ancient and modern and save mankind from disaster? From a Curse forged by the Devil himself?

[quote by=”Noirin Carmody, Founder and COO of Revolution”]For fifteen years the escapades of George and Nico have challenged and delighted millions of fans. Celebrated for its thoughtful mysteries, ingenious puzzles, loveable characters and witty dialogue, the series continues to appeal to a wide contemporary audience yearning for compelling story-driven games. We are excited to bring the latest adventure to gamescom in Cologne and show it to media all over Europe for the first time.[/quote]

Broken Sword is one of the world´s best loved adventure series, having been played by over 10 million players and earned exceptional reviews (including a Metacritic score of 91% for Broken Sword – Director’s Cut – iPhone). Broken Sword – The Serpent’s Curse builds on this rich heritage. The game is unashamedly 2D employing classical layout artists from studios such as Disney, Aardman, Universal and many others to create sumptuous, classically drawn backgrounds.

Broken Sword – the Serpent’s Curse will be released in late 2013 on Windows PC, Mac, Linux, iOS, Android, and PlayStation Vita.