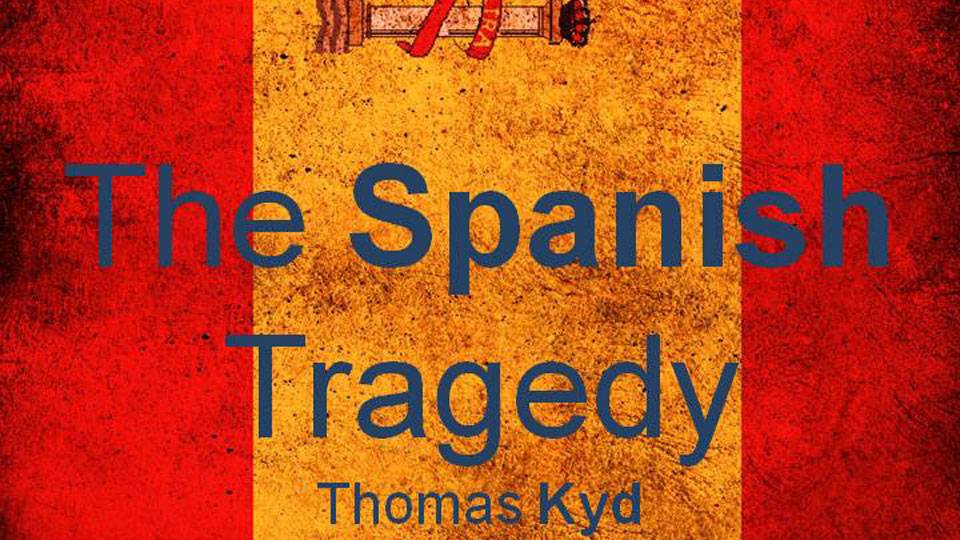 We can exclusively announce that The Spanish Tragedy by Thomas Kyd is to form part of Lazarus Theatre Company’s autumn season and is gearing up to be a show not to be missed.

The Spanish Tragedy will be adapted and directed by Ricky Dukes and will be staged at the Blue Elephant Theatre in Camberwell between 24th September and 19th October at 8pm (Tuesday to Saturday only).

You can book tickets by calling 0207 7010 100 or visiting The Blue Elephant Theatre website.

Returning to his homeland after being bitterly murdered in war, a haunted spirit seeks revenge on those who brought about his death. His lust and desire for the truth leads to one of the bloodiest plays ever written: The Spanish Tragedy.

The outstanding masterpiece and landmark of Elizabethan drama, through the use of text, movement and music, comes to the stage in an all new ensemble production. Kyd’s triumphant thriller inspired many great works of the period including Marlowe’s Dr Faustus, Webster’s The Duchess of Malfi and Shakespeare’s Hamlet.

Lazarus Theatre Company is committed to producing the best in classical theatre for a modern audience, our work involves text, movement and music through the use of ensemble to create a re-imagined presentation of some of our greatest works.