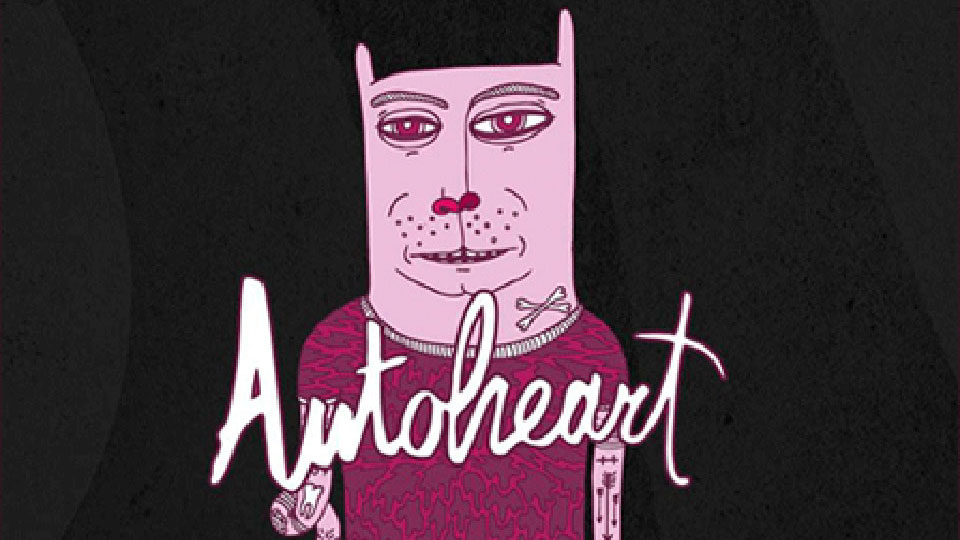 Autoheart’s much-anticipated debut album Punch is released on July 15th. The band created a stir with their hit The Sailor Song back in 2010 (which is included on the album in slightly tweaked form), and a few singles in the intervening time have given good indication as to what we might expect from a full album.

If you’re already smitten with the chemistry produced by the intoxicating mixture of Simon Neilson’s intelligently-crafted keys and Jody Gadsden’s emotive vocals then you’ll love Punch. Twelve songs combine to create a rounded album with a distinctive and unmistakable sound. Autoheart examine love, in all its multifaceted splendour and debilitating side-effects, and Punch proves a world it’s a pleasure to immerse yourself in.

Punch is produced by Danton Supple, who has worked with Coldplay and Morrissey amongst others; and whilst Autoheart can’t easily be lumped into those ‘sounds’, or easily categorised at all, they share with those artists the thrilling vacillations between the melancholic and the euphoric (and Autoheart, if you’re unfamiliar with their oeuvre, are certainly a band for those who can and do find thrills in melancholia – tracks like Heartbreaker can evoke simultaneous goosebumps and misty eyes).

Punch kicks off brightly with the fast-paced and upbeat Anniversary and Factories, where in the latter we’re introduced to the remarkable verbal dexterity of Gadsden’s delivery. “We can violate the liquor on the floor” is indicative of the lyrical imagery that saturates the album, marrying the poetic to the violent.

The emotional pleading of Anniversary is belied by its feelgood beat, so it isn’t until Control that the overarching subject of love, relationships and the consequences of both, charts bleaker territory. The slow build using a haunting piano riff into Neilson’s hammering keys is exhilarating, and not for the last time.

Agoraphobia is for us one of the standout tracks on the album. It opens with confidently sparse guitar from Barney JC, which leaves Gadsden’s vocals almost a cappella, and the simplicity of its structure leaves the impact with the vocals, where fragile high notes reinforce the song’s twin themes of isolation and anxiety. The range and emotional quality of Gadesen’s voice, at its most seductive with a fragile vibrato, is one of the key factors in creating Autoheart’s unique sound.

The most recent single, Lent, takes the album in another direction again, using incredible syncopated rhythms (one of the band’s trademarks). Outrageously catchy and tremendous fun, Lent is Autoheart at their most tongue-in-cheek; and the barbed satire of the lyrics exposing the vacuity and self-serving nature of self-denial should ensure that the Vatican doesn’t apply to use it for PR purposes any time soon. The uncertainty inherent in the climactic line, “I want to be free” (emphasis ours) is delicious.

Another track notable for its stark beauty is Moscow, which uses spiky electric guitar. In tone and structure it’s similar to Hungover in the City of Dust, though the former proves the more sentimental. The latter has a delicate beauty that bleeds into a climax of electrifying piano chords. Sandwiched neatly between these two, The Sailor Song, which placed Autoheart in the public consciousness, has a chorus as catchy as a sea shanty and another instantly recognisable piano riff. “Should I run a million miles away from every memory of you?” Gadsden asks, reminding us that the album is as much about a failure to sustain love as much as a lament for its absence.

Whilst Punch is by no means emotionally bleak, or as battering as its title suggests, there’s a trio of tear-jerkers towards the close of the album that may reopen old emotional wounds or leave you “black and blue”. January has a strong 80s flavour, an inevitable result of its synth accompaniment, and it will prove nostalgic for listeners above a certain age. There’s also the stark The Witching Hour, then the final track, Heartbreaker. Which of the three resonates most strongly will prove a matter of taste, but the string accompaniment joining the piano and vocals on Heartbreaker makes it a powerful song that left us welling up even after a multitude of listens. Cards on the table: it’s another of our favourite tracks.

Punch is the gorgeous, unusual, entirely compelling work. It’s going to find especial appeal to those who take their songs delivered through the medium of keyboards as well as guitar, and who look for an emotive and eclectic mix of sounds. There are some outstanding, emotionally complex songs to be found, and the indelible impression is of an intelligently written and thematically strong album.

It will be fascinating to see where Autoheart go from here, and what direction they take in following up Punch. We can only hope it’s not too long a wait before their second album.