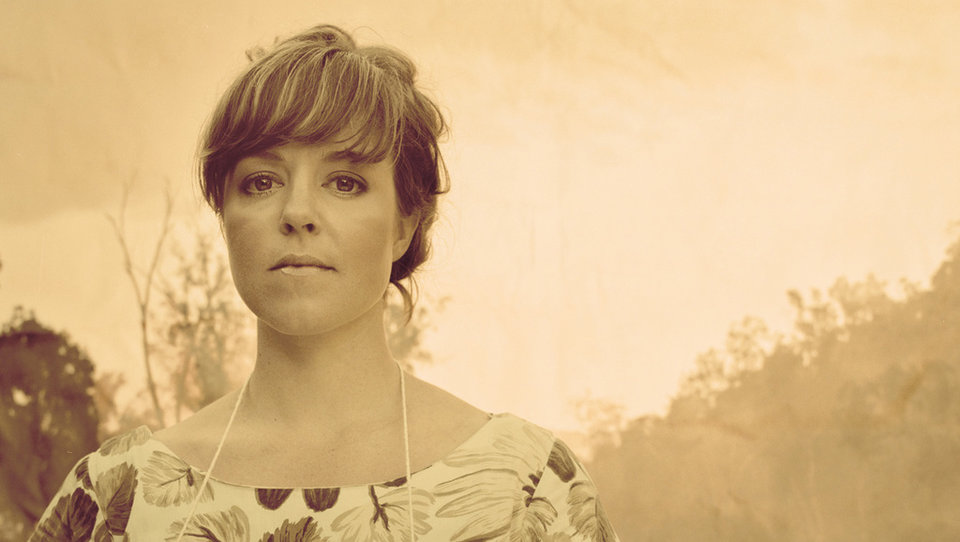 UK based singer/songwriter Emily Barker, along with her band The Red Clay Halo, blends classical, rock, country and folk influences to compelling effect.

Dear River is the fourth feature length effort to come from the Bridgetown (Western Australia) native, having previously personally financed and self-released three albums to critical acclaim. The past few years have seen the ensemble playing a string of sold-out UK dates, performing with Frank Turner at the London 2012 Olympics Opening Ceremony and writing the BAFTA and Ivor Novello award-winning themes to hit BBC dramas Wallander and The Shadow Line. Dear River is yet another major landmark they encounter on the road to the success they so deserve.

The title track proves to be an explosive opener. Employing the use of a plucky solo acoustic guitar to set the scene, Emily’s breezy vocals set the tone for an album soaked in that infamous carefree Southern comfort, but won’t make you think of the advert with a fat man on the beach.

One deeper Tuesday is a suspenseful song which perfectly details the first brooding feelings of misery ahead of the breakdown of a doomed relationship. Intelligent lyrics such as ‘crows at the door, long before we could make it…dear heart of mine, we gotta run dear, we gotta go’ perfectly capture the sense of desperation when omens present themselves, forcing you to recall your own experiences of a love fated.

Slowing the pace for a more ballad-like effect, In The Winter I Returned, Letters and The Leaving leave a more country provide a muted contrast of fragility to Barker’s strikingly confident leading lady style heard elsewhere on the record. Comparatively upping the pace, on Everywhen and the haunting Ghost Narrative, these catchy country pop numbers are sure to attract mainstream recognition.

Produced by Calum Malcolm (The Blue Nile) this album marks a significant move forward in terms of style, serving to highlight Emily’s enviable blend of vocal strength and fragility, while lyrically exploring the meaning of home and its related tangents of exile, displacement, and family.

Singing of personal joy and sorely felt sorrow, Barker blends stories of her own experiences seamlessly with others’ tales of travel and an essence of folkish charm, emerging with a compelling song cycle that makes Dear River an unmistakable watershed in a rapidly burgeoning career.