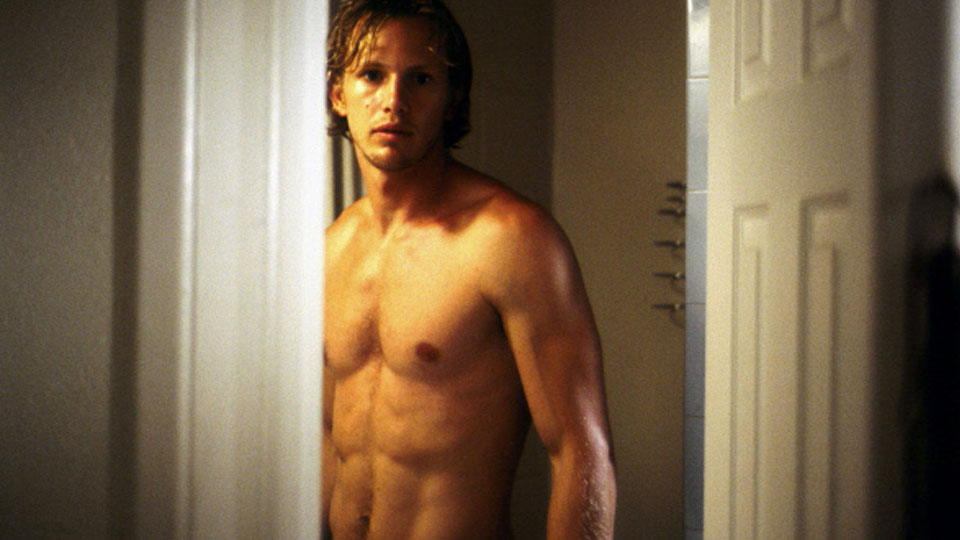 It may be the last day of the month but we’ve got June’s Celluloid Closet feature for you to read before July comes round the corner. Last month we took a look at coming-of-age movie The Trip but this month we’re taking a look at drama Loggerheads.

Loggerheads combines three related storylines centering around young drifter Mark (Kip Pardue) who is HIV positive. He’s been kicked out of his adopted parents’ home due to his sexuality and doesn’t know who his real mother is. Mark finds himself at a motel and meets the handsome yet older George (Michael Kelly) who takes him under his wing. Elizabeth (Tess Harper), Mark’s adoptive mother and a minister’s wife, struggles to reconcile her religious beliefs with her son’s sexuality which is what ultimately drove them apart. Meanwhile Grace (Bonnie Hunt) is searching for the son she gave up but keeps coming up against legal barriers that prevent her from finding out any information.

Tim Kirkman co-wrote and directed Loggerheads. The film explores serious issues about family, sexuality and religion. As many people can relate, gay or straight, these three issues often cause conflict with one another and Kirkman highlights that superbly in this drama. Mark is the victim in the equation having been given up as a child only to be rejected by his religious adopted parents. His search is one for love and with George he finds it albeit briefly. George is the first person he encounters who accepts him for who he is.

The most heart-breaking storyline is that of Grace. Bonnie Hunt is wonderful in this rare dramatic role (we know her best for comedy) and she brings Grace’s struggles to the surface. She was forced to give Mark up which causes problems with her own mother. She is desperate to reconnect with her son but no one is willing to help her due to the legal system.

Exploration of these types of issues is fairly common these days in gay cinema. Loggerheads was originally released in 2005 and is one of the most engaging films we’ve seen on these topics. Whilst all of the characters are experiencing their own difficulties and struggles, none of them ask for your sympathy. This isn’t one of those dramas that will leave you weeping as each of the characters just gets on with what they need to whilst trying to deal with their issues.

Kip Pardue, who recently popped up in Mad Men, perfectly embodies Mark whilst House of Cards actor Michael Kelly shows a different side to his abilities as the gentle and loving George. Tess Harper also puts in a nuanced performance as Mark’s adoptive mother convincing as she tries to understand how to relate to a son she’s estranged from.

Loggerheads is a slow-burning drama that is definitely worth 90 minutes of your time. The story is moving and touching without being overly sentimental. Kirkman’s direction is under-stated but fits the movie perfectly. Fans of Kip Pardue should look him up in this movie as it’s very different to anything we’ve seen him do before.