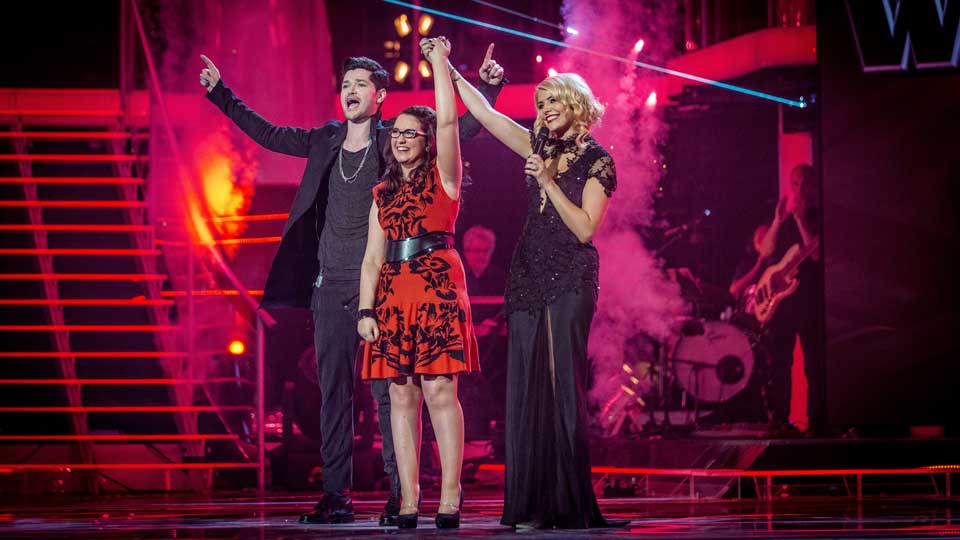 Andrea Begley was crowned the winner of The Voice UK last night.

Upon winning Andrea said, ‘I never ever, ever could have imagined this. Honestly first and foremost I have to thank everybody at home for voting for me and hopefully I will try my best to put your vote to good use and be a success – and thank you so much.’

Danny beamed with pride saying, ‘I’m so proud of you, it just proves that a great singer with a great song can knock down walls, you can smash down anything you put in front of you. You’re an inspiration to me, I’ve learnt more probably from you than you have from me. And I just say congratulations well done, incredible.’

During the final Andrea sang Evanescence’s hit My Immortal and Sarah McLachlan’s Angel. She also performed The Script hit Hall of Fame with Danny.

Advertisement. Scroll to continue reading.
In this article:Andrea Begley, The Voice