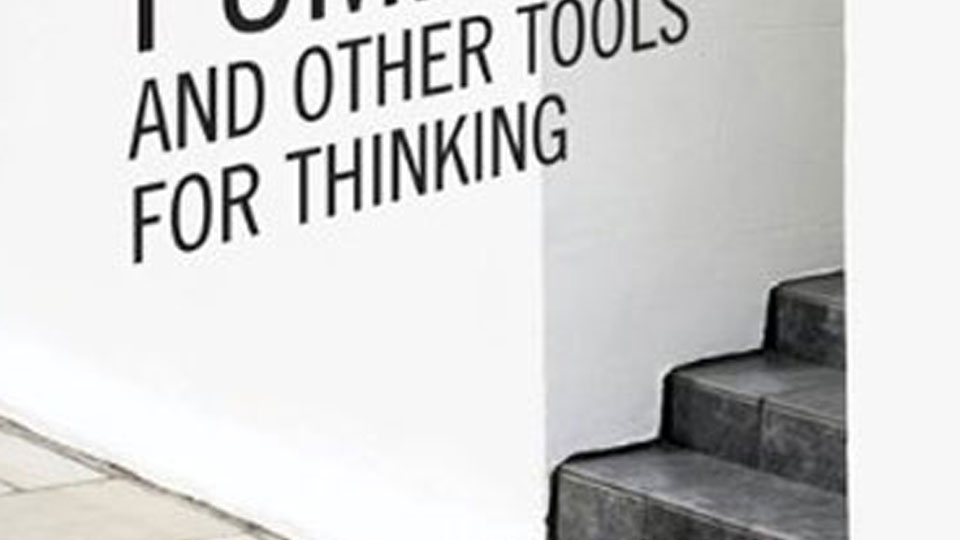 Renowned American philosopher and prolific author Daniel C. Dennett returns with his sixteenth book, Intuition Pumps and Other Tools for Thinking, in which he brings his expertise in the philosophy of science to a lay readership.

Don’t be daunted by the thickness of the book, which weighs in at over four hundred pages (discounting the inevitably substantial appendices and index); for Dennett splits his prose into seventy seven easily-digested chapters contained within eleven sections. Therefore the topics he discusses are never dwelled upon for too long, so if you find yourself bewildered by any part (to confess, I skipped ahead on the long digressional chapters on computer programming – a subject I’m unlikely to grasp if I live to my hundredth year) it’s easy to return to the book at the next section and pick up the thread again. The corollary of its ready accessibility is of course that this isn’t the book for a reader wishing for a thorough examination of Dennett’s core arguments on evolution, free will and consciousness. More details on those subjects ought to be sought from his earlier tomes such as Consciousness Explained, Freedom Evolves and Darwin’s Dangerous Idea.

Intuition Pumps is a great place to start for anyone new to Dennett’s canon, who has perhaps seen one of his entertaining public lectures and wishes to find out more about his life’s work. The book is eminently readable, probably as a consequence of its lightness of touch over many subjects. The prose of some of his earlier works is comparatively academic and dry. Intuition Pumps is Dennett taking a lay reader by the hand and offering her a guided tour of his research subjects, rather than talking to his brightest postgraduates.

The first large section – A Dozen General Thinking Tools – is a joyous trip through recognising sloppy arguments and logical fallacies. Anyone interested in debating, or concerned for the clarity of written thought will find these early chapters a hugely useful resource. There’s everything from the well-known reductio ad absurdum and Occam’s Razor, to Dennett’s own criticisms of his rivals’ thoughts (Stephen Jay Gould’s in particular), and his own coined word (via a colleague) “deepity” – destined for the Oxford English Dictionary. He defines a deepity as ‘a proposition that seems both important and true – and profound – but that achieves this effect by being ambiguous’. Readers of this section will never look at the words ‘rather’ or ‘surely’ in the same way either, constantly on the lookout for their potential segues into sloppy reasoning.

By the fourth section, Dennett brings the discussion around to evolution, which more or less remains at least the backdrop of his main theses thereafter (it informs his views of consciousness and free will); and in writing about the subject he is as compelling and incisive as Richard Dawkins. There are scores of topics he touches upon in the second half of the book, and those that grab the imagination the most will be a matter of taste. I would nominate an explanation for the seventeen-year breeding cycle of a certain species of locust and a wider discussion of how evolution can and often does produce competence without comprehension as forming some of the most delightfully fluid chapters.

The sections on consciousness and free will introduce their own ideas. Dennett vigorously defends a materialist view. The relative infancy of neuroscience leaves much of these chapters open to reinterpretation in light of new evidence, but the main purpose is to demonstrate that there’s no such thing as “real magic”, and no need to resort to “wonder tissue” as an explanation for natural phenomena. In short, Dennett argues that no supernatural agents need apply.

Overall, Intuition Pumps reads like Dennett’s Greatest Hits. The author does a great job of making philosophical and scientific ideas accessible to a lay readership, and provides plenty of intellectual stimulation to the better-read armchair student of the subjects. It’s a useful reference tome for the core ideas of rational thought, evolution, consciousness and free will, framed within scientific and philosophical worldviews. The dizzyingly broad sweep of the tome covers a rewardingly large terrain of knowledge – more than in many other popular science and philosophy books. Much of it is thoroughly captivating.