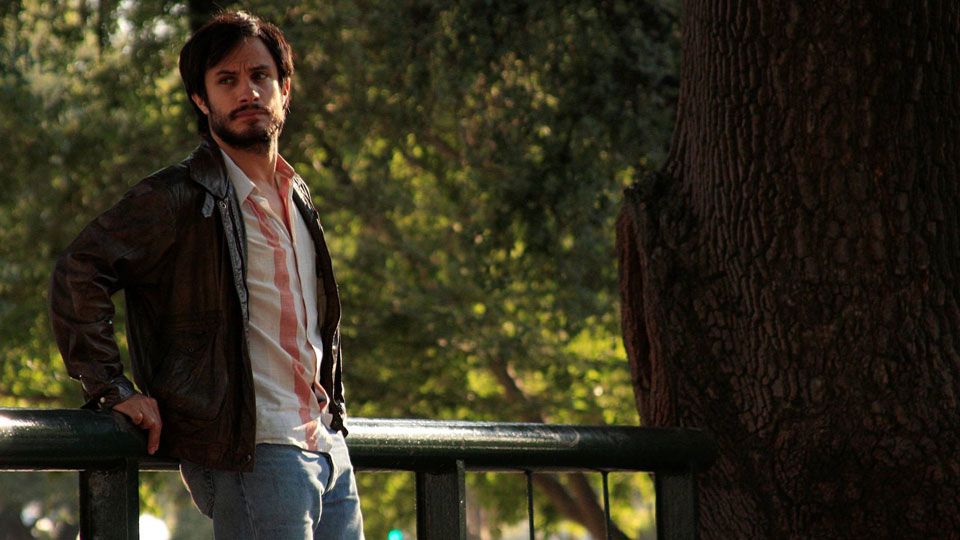 Rene Saavedra (Gael Garcia Bernal) leads a team of advertising executives to try and defeat Augusto Pinochet taking him out of power. As the military dictator sets his teams to work on a campaign to convince people to vote ‘yes’ during a referendum, Rene and his team set out to convince people to vote ‘no’. As they try to come up with bold and striking ideas to capture the nation’s attention, they soon learn the perils of voting against their leader.

No is based on an unpublished play written by Antonio Skarmeta. The material was turned into a screenplay by Pedro Peirano and the film directed by Pablo Larrain. No captures a period in Chilean history in the late 80s when Augusto Pinochet calls a referendum to ask the people if he should stay in power for another 8-years as their President. Already having been in power for 15 years, people were tiring of his tyranny but many were frightened to speak out or do anything to change it.

Over the course of the film we see Rene go behind the back of his boss to work for the ‘No’ committee. When he is first brought into the project he isn’t convinced that the approach of showing Pinochet’s abuse of power would convince people to vote against him. Instead Rene suggests a more light-hearted and upbeat approach that focuses on optimism and a change that will bring happiness to the country. Once the campaign is underway, Rene and his colleagues are intimidated by the authorities who try to scare them away from the ‘No’ campaign. Undeterred they continue on rallying together to achieve their mission.

Having watched No it’s no surprise that it’s picked up the awards and acclaims it has. Filmed the way that 80s Chilean television news was, the low quality of the picture adds to the authenticity of the time. Archive footage from the time is used throughout the film and it’s often hard to spot as the film-makers have done such a wonderful job of making it all look seamless.

At the centre of No is the stunning performance of Gael Garcia Bernal. He is an actor that has very rarely put a foot wrong over the course of his career and he is wholly believable in every role he plays. As Rene he gives a powerful performance with the subtle nuances that only he can bring to a character. He has incredible range and emotion on screen, and it is Rene that you root for throughout the movie. Bernal has limited his Hollywood roles and it’s not hard to understand why when he is getting this kind of great material in his native language.

No isn’t a perfect movie but it’s damn close. The style, the direction and Bernal’s performance all combine to make it a must-watch movie. Some people may find it slow, particularly the first half hour or so, but if you stick with it you’ll discover a rewarding piece of World Cinema that documents a historic moment in time. No is the kind of film that Hollywood simply can’t make so we’re glad that there are film-makers around the world with bold visions to bring these sort of stories to the big (and small) screen.