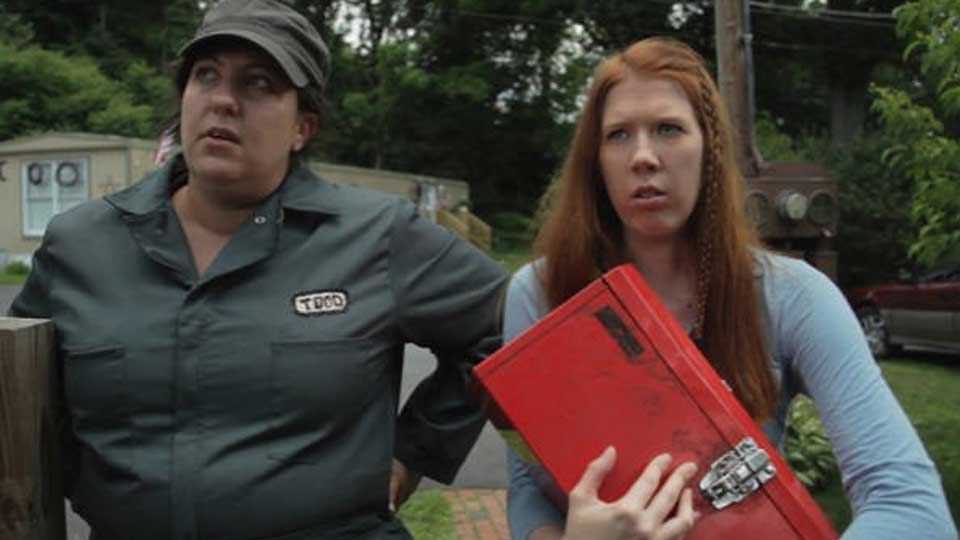 Karen (Rachel Style) works as a receptionist for a repair company. Whilst working on July 4th she received a call for a fridge repair that she believes to be from her father, a man she never knew. Enlisting the help of friend Meagan (Ashlie Atkinson) to pose as a mechanic, Rachel goes to the house and discovers a family that she didn’t know existed. Her life is turned upside down and soon she finds herself embroiled in the lives of her new family that take her on an expected journey over the course of the day.

My Best Day is the latest film from writer/director Erin Greenwell and attempts to weave multiple related plotlines together with Karen at the centre. The premise sounds promising and indeed it’s one of the reasons we decided to take a chance on the movie. Unfortunately watching the film wasn’t quite the rewarding experience we expected instead proving to be a bit of a muddled mess that doesn’t really go anywhere.

Despite being relatively short (the film lasts around 75 minutes) it actually feels too long and we can’t help but feel that My Best Day may have worked much better as a short. There simply isn’t enough plot here to make a full movie of and whilst we appreciate quirky film-making, the majority of My Best Day is just plain odd. The other thing that baffled us is that My Best Day has been labelled as an LGBT film but really it just contains characters that happen to be gay. There’s little emphasis or exploration of that area, aside from the character of Meagan who briefly flirts with the idea of cheating on her girlfriend.

One of the film’s stronger points is the performances of the cast. Whilst they are by no means polished, every member of the cast does a decent enough job with their role. The problem they all face is that their characters are severely under-written which means they don’t have very much to work with. Rachel Style does her best as Karen but spends most of the film floating round after other characters doing very little. Ashlie Atkinson gets the most to work with but her character is served poor dialogue that doesn’t match her talent.

My Best Day was a real disappointment. We loved the sound of the premise but the finished product was under-whelming. We simply felt not very much happened and the writing could have been a lot stronger. The cast all deserve credit for their performances but with a stronger storyline and better execution this could have been a much better movie.

My Best Day is showing at the rerun Theater, Brooklyn from Friday 14th to Thursday 20th June 2013.