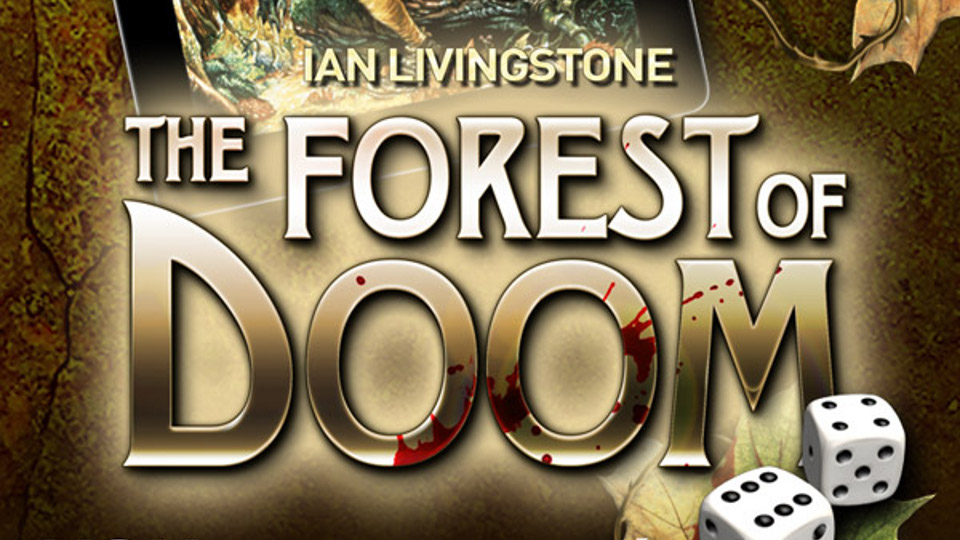 Smart phone and tablet users can now take part in one of the classic gamebook experiences that introduced a whole generation to fantasy role-playing games back in 1983! Proudly displaying an animated version of Iain McCaig’s iconic cover of the Shape Changer, the app allows readers to risk the unknown perils of Darkwood Forest with a desperate quest against time to find the missing pieces of the legendary Hammer of Stonebridge.

[quote by=”Ian Livingstone, co-creator of the Fighting Fantasy series and author of The Forest of Doom”]For those people coming back to Darkwood Forest after a 30 year absence, I hope the experience is as enjoyable as it was the first time around. The forest has certainly been brought to life in this brilliantly executed digital version by Tin Man Games. For those of you entering Darkwood Forest for the first time – good luck! Might I suggest you are nice to Yaztromo. He’s my friend.[/quote]

Fans will also be able to read Ian’s historical notes on the thinking behind the concept of The Forest of Doom and the naming of its principal character, the grand wizard Yaztromo.

The Forest of Doom app makes good use of the latest smart phone and tablet hardware, using the increased screen space of tablets to read horizontally or vertically. A retro mode has been included for nostalgic Fighting Fantasy fans, which displays Malcolm Barter’s classic black and white illustrations, while those readers who want full colour can see those same images beautifully rendered by John-Paul Bove, notable colourist in recent Transformers comics.

Darkwood Forest is a tricky place to find your way around, so a new game engine feature is the addition of a map that auto-updates as you travel from location to location.

[quote by=”Neil Rennison, creative director for Tin Man Games”]We listened to the fans who wanted more mapping within the Fighting Fantasy apps and we felt that it was a perfect addition to The Forest of Doom. Looking to the future, we plan to make more of this feature for upcoming FF titles.[/quote]

Here at EF we still have fond memories of The Forest of Doom which we first read back in the 80’s. It was a fantastic book which got us hooked on the Final Fantasy series.

Fighting Fantasy: The Forest of Doom is now available to download from the iOS App Store, Google Play and Amazon Appstore for Android. It costs £3.99/$5.99 USD/€5,49. For more information check out www.FightingFantasyApps.com or The Official Fighting Fantasy site.